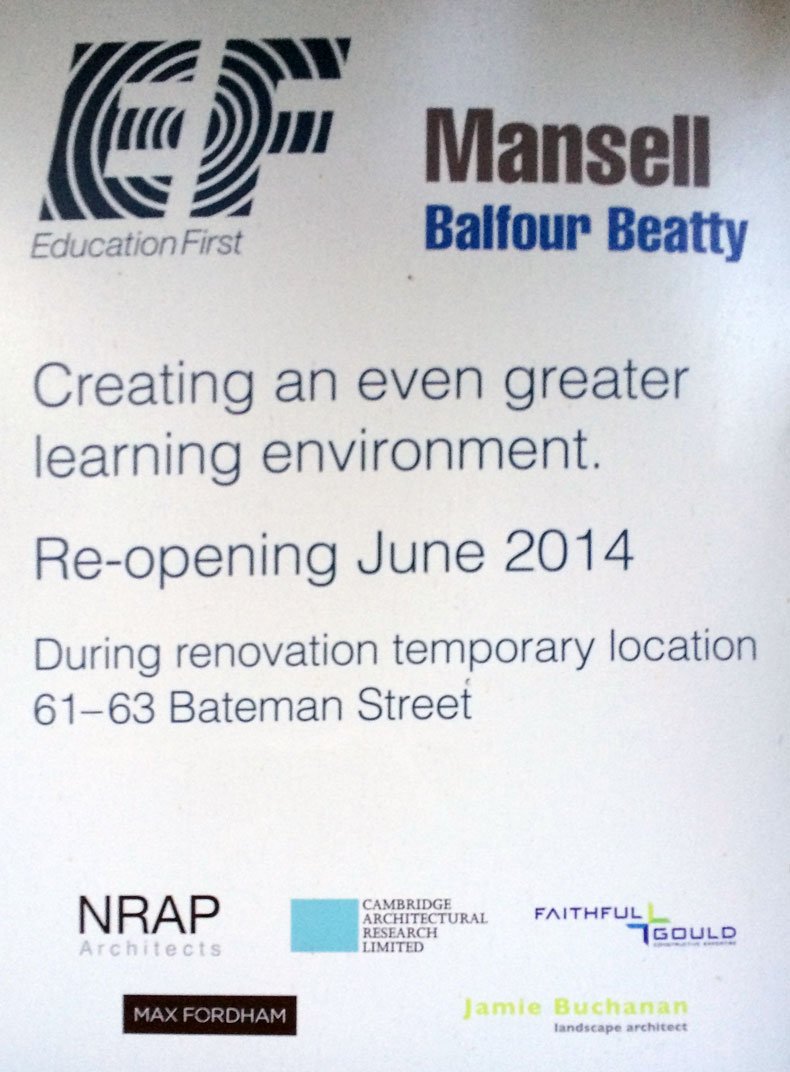 Those of us who live near the EF Language School on Hills Road will have noticed that the fleet of contractors’ vehicles failed to disappear by the end of June, as promised. Indeed, the place looks months away from being finished to me. However, I’ve been in touch with Balfour Beatty project manager David Callow, who tells me that the work is scheduled to be completed on 26 August, some two months late. This won’t give EF long to get ready for an autumn intake of students, and presumably they’ve also missed out on having summer students at the refurbished site.