Few subjects get people worked up as much in Queen Edith’s as parking, and it’s not surprising, because the attitude of so many drivers is that the law, courtesy and consideration are things that only apply to other people. For local councillors, dealing with parking issues is almost a full-time activity, and it would be really nice if parking enforcement officers would put in as many hours around these parts.

Here are a few issues which I’ve seen in the last few days. According to our county councillor Amanda Taylor’s blog, there will soon be double-yellow lines put around the corners at a number of junctions, including the roads crossing Baldock Way, as well as opposite junctions, such as where Rock Road meets Blinco Grove. This is a small positive step, but these really shouldn’t be necessary, as common sense tells you that parking in these places is nothing short of idiotic. Then again, many drivers are just that. Amanda’s website has maps of the locations.

Whether or not double-yellow lines will make any difference without any enforcement in evidence is another matter; this coach driver obviously decided it was quite “safe” to leave his vehicle on the double-yellow lines on Cavendish Avenue last Friday, for example: 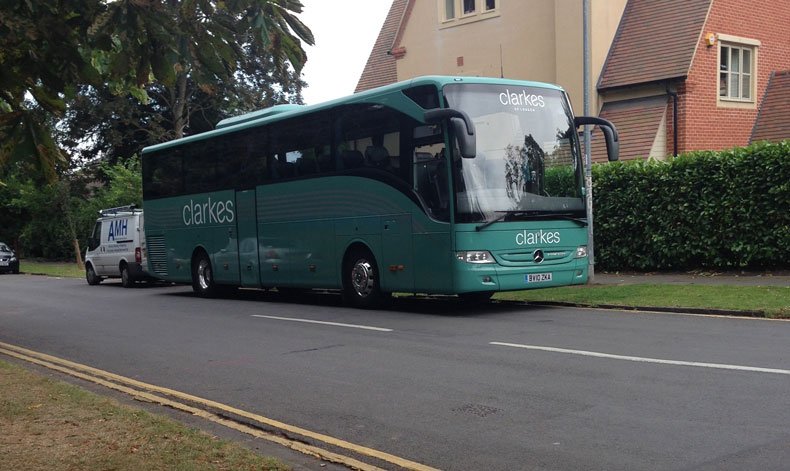 I’m sure you all have your own examples. Indeed, with so little parking enforcement, almost any bit of concrete now gets parked on; the wide pavement by the new “Marque” development at the Hills Road and Cherry Hinton Road junction is clearly quite irresistible to commercial vehicles:

With this sort of thing going on, it’s hardly surprising that genuine parking spaces, such as those in Nightingale Avenue recreation ground, are being taken up by people who they’re not meant for. It’s commendable for city councillor George Pippas to get better signs asking people not to use the spaces for work parking, but he’s surely wasting his time.

For several years now, we’ve been promised a “parking plan” for the south of the city, but its progress can only be described as glacial. And without enforcement, is it worth spending money on yellow lines in the first place?