I’m sure you’re all aware that there are local elections across the UK this week, and that includes a third of the councillors on Cambridge City Council. These seats are the ones currently held by the person in each ward who came third in last year’s ‘all-up’ elections, and consequently only got a year in office.

Here’s a reminder of what happened in Queen Edith’s last year: 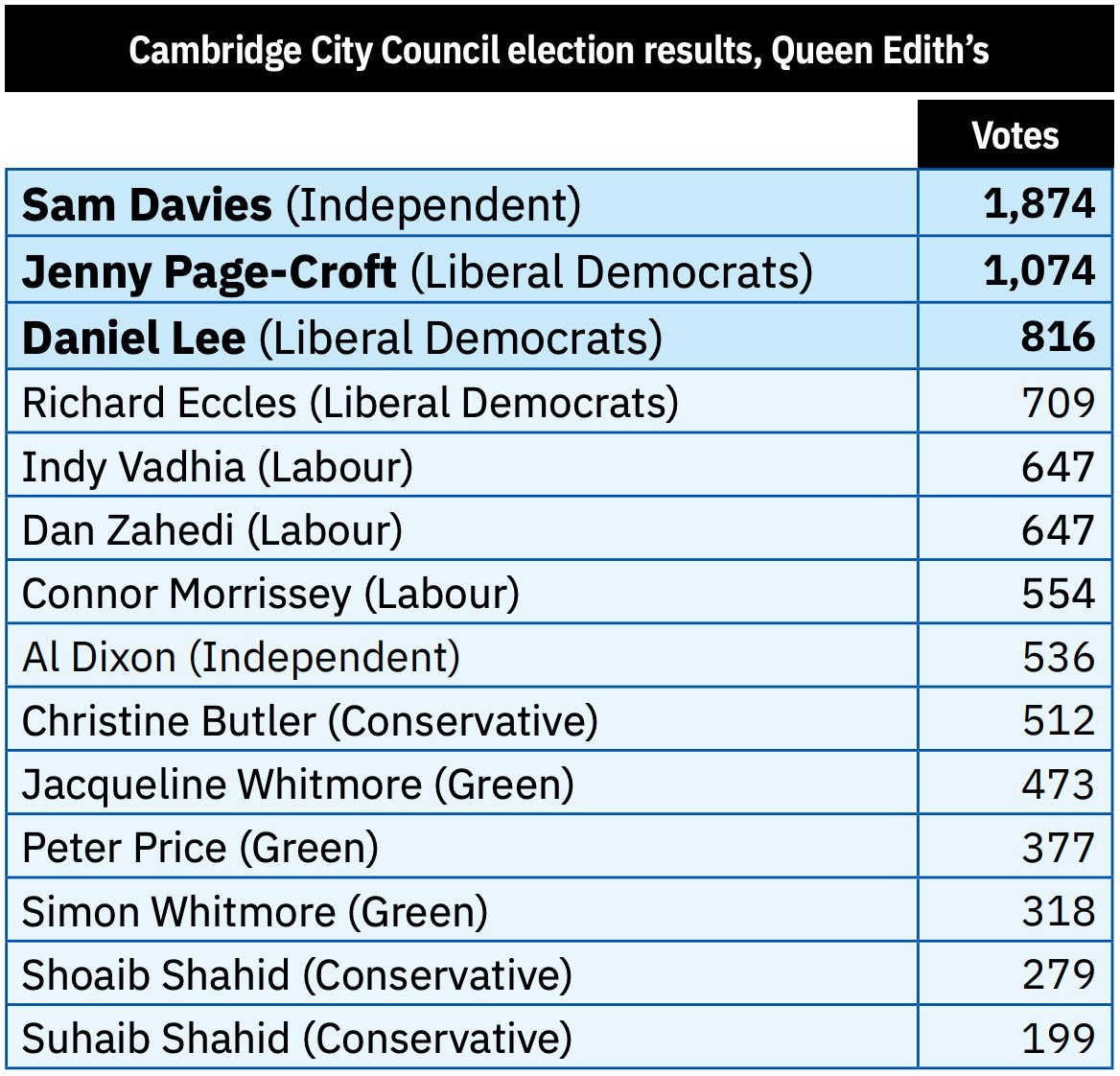 This means that Sam Davies and Jenny Page-Croft continue in post, and Daniel Lee has to put himself up for election again if he wishes to continue (which he does).

As ever, I really hope that residents will listen carefully to the individuals standing for election, and vote for the one they think would make the best councillor. As the ‘party-free’ councillor Sam Davies has shown, in what I think has been an impressive first year in office, when it comes to local councils it’s more about the individual than the party.

However, here are the trends in party vote: 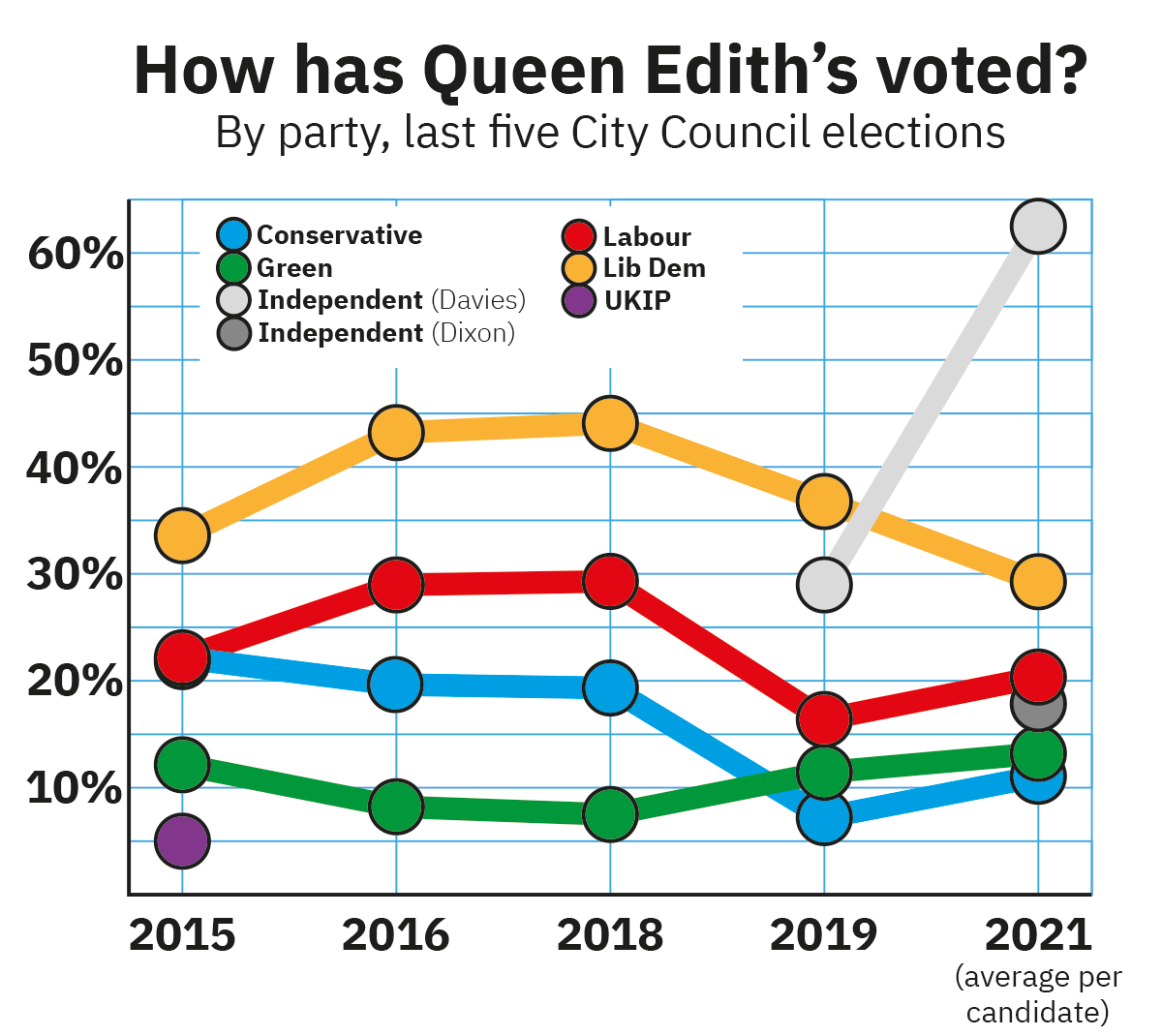 You can see that there is usually a strong local vote for whoever the Liberal Democrats put up for election, so Daniel Lee must start out as favourite. Labour’s Steve King got closer to catching up in last year’s county council election than the Labour party’s candidates normally do, and it seems that the Lib Dem lead is reducing steadily. The Green Party, represented once more by Jacqueline Whitmore, is also showing a steady rise, but from a long way back. And as you can see in the video below, the Conservatives are unafraid to provide some talking points via their candidate David Owen.

Listen to the candidates

Across the city, the Labour party dominates and makes all the major decisions. Here’s the party distribution of councillors: 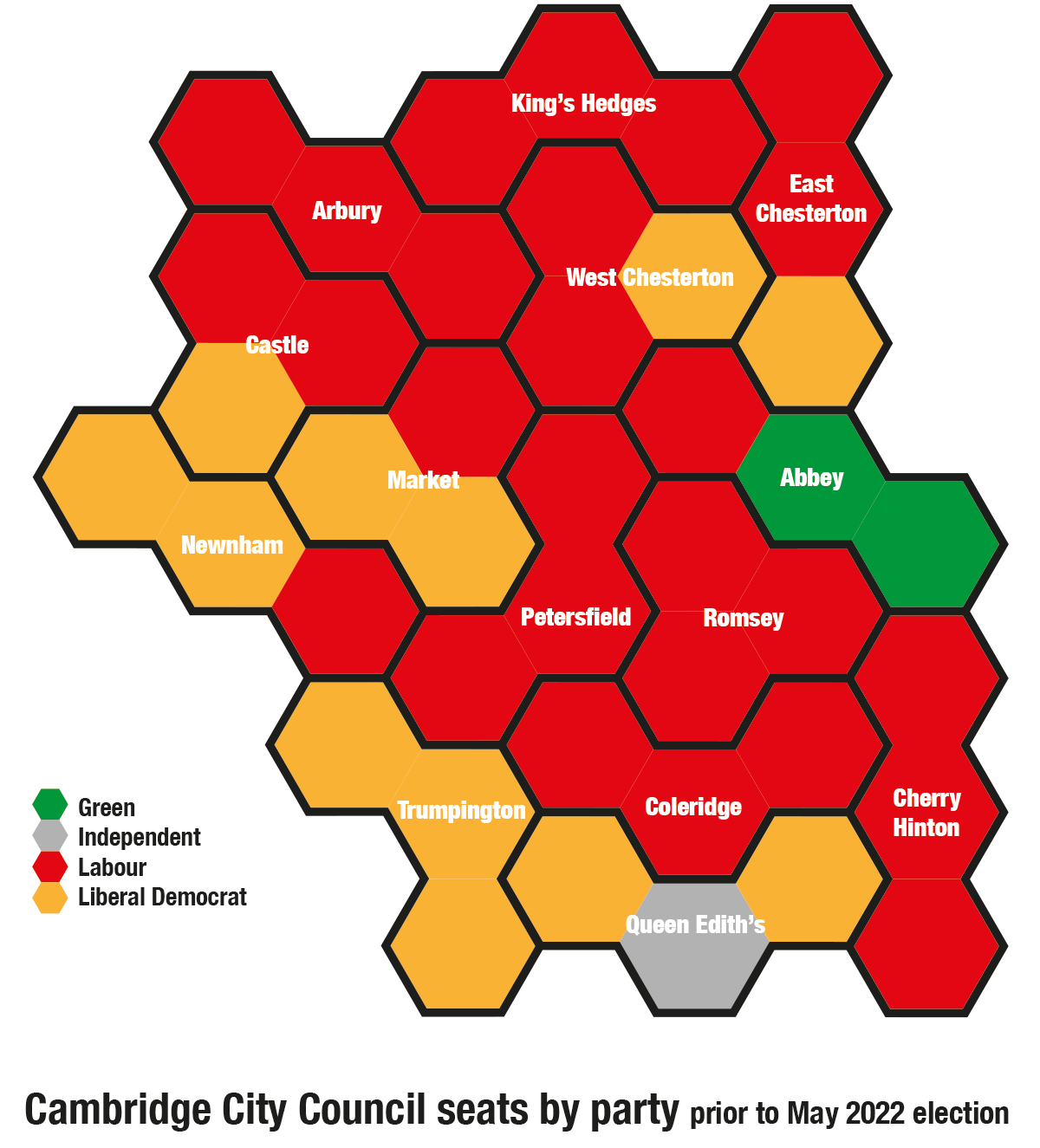 Queen Edith’s is one of only two wards without at least one Labour councillor, and therefore has no representation in the ruling party group. I think this can be a problem for us. You may think otherwise, of course.

Anyway, if you’d like to ‘meet the candidates’, here’s another chance to watch the chat we had with them all last week at the Queen Edith’s pub. It was a bit noisy, so make sure the captions are on. Also, you may want to click the little dashed square bottom right when it starts, to make the video full-screen.