On 17 March, I made a presentation at the Public Hearing held by the Boundary Commission for England (BCE). The hearing was an opportunity for members of the public to comment on the results of the commission’s proposals for new parliamentary constituencies, as part of a ‘second consultation phase’.

I took the opportunity to make what I believe is a very strong case for Queen Edith’s to be moved into the Cambridge city constituency. I know this would be very popular with the vast majority of local residents who have an opinion on the matter.

There is a chance for everyone to make further comments on the proposals at the consultation website. However, this is only open until Monday 4 April 2022, so if you’d like to do so (and every representation helps!), please do. My arguments are below, and you may like to summarise them in your own response. Details on how to do so are at the end. It should only take you a couple of minutes.

As we know, Queen Edith’s has traditionally been the city ward sacrificed to the South Cambridgeshire constituency, to make the numbers work. However, Cambridge has become bigger than ever, and a second ward now has to be moved out. The BCE has proposed that Cherry Hinton joins Queen Edith’s.

My argument is that both Cherry Hinton and Trumpington should be moved out, while Queen Edith’s is moved into the city constituency. I have five main reasons.

The existing South Cambridgeshire constituency is the region to the south-west of the city: 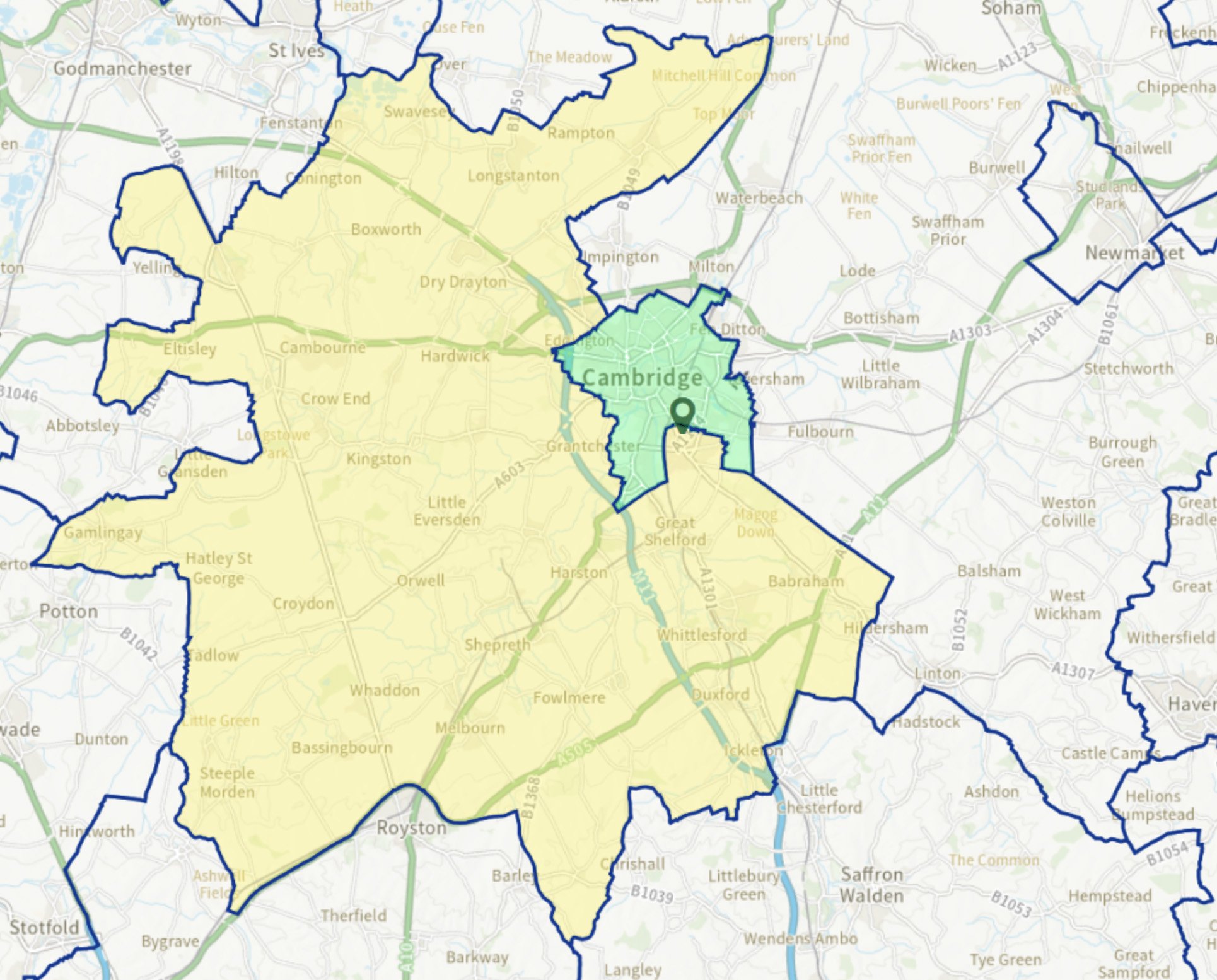 In the new proposals, the constituency with the same name is very different from the current one. 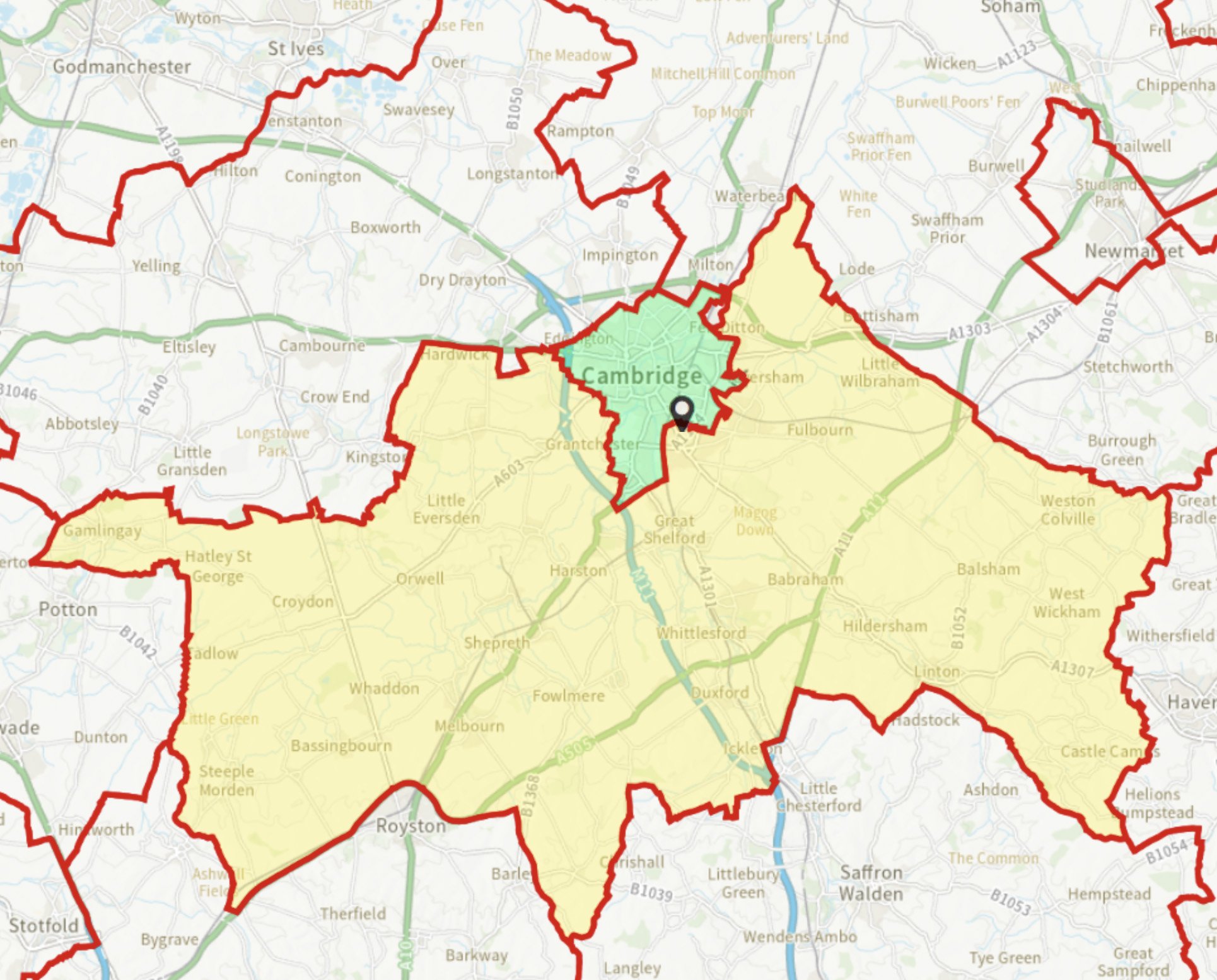 So my point number 1 is that the new constituencies are so different from the old ones that it is a reasonable opportunity to significantly change the city wards being placed in South Cambridgeshire.

Trumpington can now be moved

In the past, Trumpington ward extended well into the city (right to the railway station). This is no longer true. Due to city council boundary changes (in prospect on 1 Dec 2020 and since implemented), Trumpington can now be moved to the proposed new South Cambs parliamentary constituency without the previous awkwardness.

Cherry Hinton can now be moved

In the past, Cherry Hinton ward primarily bordered on the South East Cambs constituency, not South Cambs, so it could not be moved out to South Cambs. This is no longer true. It can now be moved to the proposed new South Cambs parliamentary constituency, as it borders the constituency in the same way as the other two wards.

So my point number 2 is that any two of the three wards can now be placed in South Cambridgeshire without any awkwardness.

Queen Edith’s is closer to the city 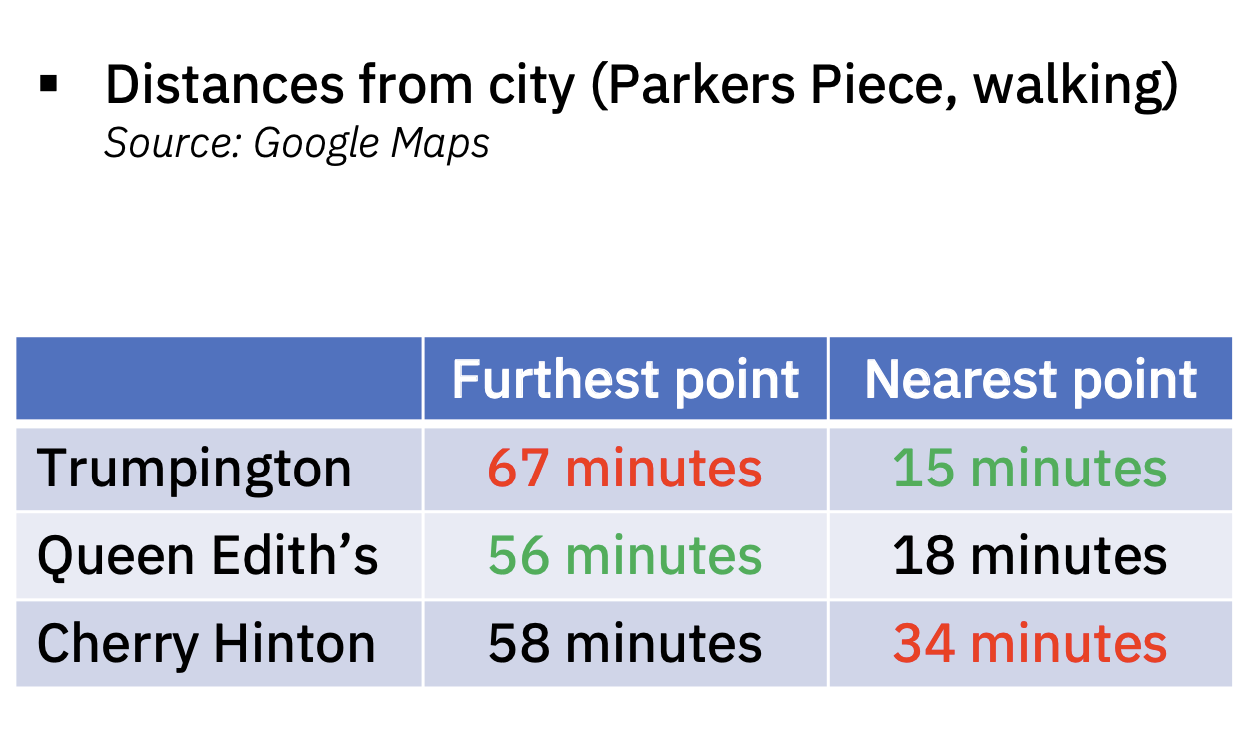 So my point number 4 is that Queen Edith’s is, overall, closer to the city.

Trumpington has a continuous link to Great Shelford and beyond. A substantial part of Cherry Hinton is already in the proposed South Cambs constituency, as the boundary cuts through a built-up area.

Queen Edith’s, however, has no built-up connection to the rest of the South Cambs constituency, being clearly separated by Green Belt land.

So my point number 5 is that only Queen Edith’s has a natural boundary between the ward and the rest of the South Cambs constituency.

Click here to make your own comment. It’s pretty easy. Click on the green “Make a Comment” button. When a message comes up saying “Click on a location on the map to have your say about that area”, click on the black marker in Queen Edith’s, then say yes to “Are you sure you wish to create a comment for this location?” The subsequent form is fairly self-explanatory.

You can watch my presentation below. I summarise: “For all the reasons above, and accepting that no decision will be popular, if two Cambridge city wards are to be put in the brand new South Cambs constituency, I think I have shown that they should be Trumpington and Cherry Hinton.”