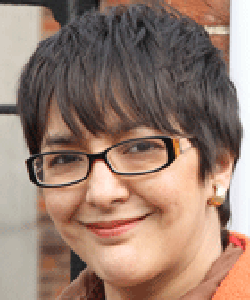 Well, the elections are over for another year, and we, the voters of Queen Edith’s, have elected Amanda Taylor (above) to be our County Councillor for the next four years. Ms Taylor’s share of the poll, while nothing like the dominant one which her party enjoyed here during the noughties, certainly arrested the decline of the Liberal Democrat vote in Queen Edith’s, as the graph shows (click for large version): 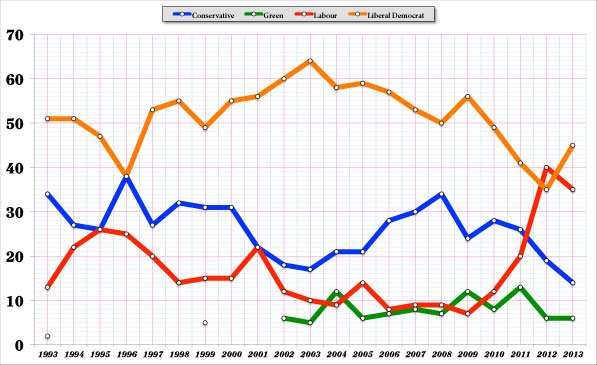 Here are the results in full:

Labour’s John Beresford, while presumably disappointed, can take some consolation in having achieved his party’s second highest ever share of the vote in Queen Edith’s. The Conservative vote continued its long term decline here, while the small Green party vote maintained the level it has consistently achieved over the past ten years.

Elsewhere in Cambridge city, the results were a mixed bag for the two dominant parties: while Labour picked up several seats at the expense of the Liberal Democrats, the swing wasn’t nearly as dramatic as the trends suggested might be the case. Local politics blogger Phil Rodgers has a summary here. Outside of the city, gains made by UKIP candidates at the expense of Conservatives have changed the face of the County Council to “no overall control”, and the (Conservative) council leader Nick Clarke lost his seat in Fulbourn. Cambridgeshire County Council has traditionally swung between a Conservative majority and no overall control, but this recent period of Conservative control has lasted for 16 years. Ms Taylor should have an interesting four years, in political terms.

3 Replies to “Cambridgeshire County Council elections, May 2013: What happened”