After publishing the speech read on behalf of Queen Edith’s councillor Sue Birtles at the Local Plan meeting the other night, in my report on the event, I have now been sent the text of the speech made by Queen Edith’s councillor Jean Swanson, which outlines her concerns about development on the Green Belt, but explains her position on supporting the Wort’s Causeway development. 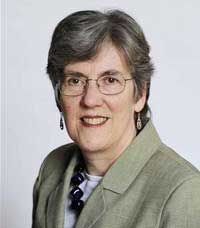 “As Queen Edith’s ward councillor I have had considerable concerns about taking GB1 and GB2 out of the green belt. Residents made 1200 submissions to Issues and Options 2 with very well argued points. They cover many issues including the actual numbers used in the calculations, the principle of taking any land out of the green belt and the infrastructure of the area. Worts Causeway has been described by many as a country lane with particular features of protected verges and hedges. A bollard enables about 16 buses an hour to bypass the traffic queues on Babraham Road each morning and this will be just one of the problems to be overcome if development goes ahead. Others will include the actual access roads into the sites and the probable moving of an important water main across GB2, very expensive for developers. The new sites are a long way from bus stops, schools, doctors and shops. Queen Edith’s has limited local infrastructure as it is with full doctors surgeries and an extra 430 houses on top of the 275 and 100 student units soon to be built on the Bell School site will add to the problems. There should be a pub in the foreseeable future but the only shops are at Wulfstan Way, a good 15 minutes walk away or Addenbrookes concourse, a similar distance. Popping out for some milk will almost certainly involve a car journey, so not the most sustainable site.

“You have heard something of the wildlife, particularly ground nesting birds already and this is a cause for real concern. I am glad to hear that officers have commissioned extra surveys of the area over the next few months to confirm resident bird populations and hopefully to check the bats as well. It may be hard to reconcile development on GB1 and 2 with Policy 70 The Protection of Priority Species and Habitats.

“The question of the numbers of homes identified as being needed has been argued at some length. I accept that 14,000 has been agreed for Cambridge by the Memorandum of Co-operation. Some new houses for the next generation close to Addenbrookes will clearly have benefit with 40% of them being affordable. Reduction in the number of commuters to the hospital can only be welcome.

“My main concern however is that, while I dislike the idea of building on 18 hectares of green belt land, if GB1 and GB2 are not released a planning inspector could delay the whole process, causing a policy vacuum as has happened in some other authorities. We already know that developers want to build on the much bigger area, known as CC911, which would go all the way up to Lime Kiln Hill. That is a totally unacceptable idea. It is in this context that I feel Policy 26 is a good attempt at mitigating the effects of building. There have been discussions about ensuring that all brownfield sites have been built on first and while it may not be possible to make that part of a formal plan I hope all concerned will seek to protect the area of GB1 and GB2 as much as possible for as long as possible and to ensure that development is strictly controlled by the policies outlined in the local plan. I know Queen Edith’s Councillors will monitor plans and work with residents to ensure the maximum mitigation is achieved.”