Five years ago, green belt land either side of Worts Causeway was allocated to housing development by the City Council in its Local Plan, much to the horror of many local residents. You can read my contemporary report of the dispiriting events here. Now we’re seeing the resulting wheels of large-scale property development start to move, and there’s every chance that at least some of the businesses involved are going to try to get away with doing it all as cheaply as they can.

The green belt land consists of two fields, one either side of Worts Causeway, a narrow road completely unequipped to take serious traffic, which will somehow have to be blocked off from the new developments. The fields are known as GB1 and GB2. As they come as a package, and will need to share facilities, you would of course expect the developments to be undertaken together. But that’s not the way these things work. By keeping them separate, twice the scrutiny will be needed, stuff will fall through gaps, and the two will be able to try to offload responsibilities to each other. GB1 and GB2 could easily become yet another disastrously-managed piece of Cambridge property development.

Let’s start with the bright spot, which is that the developer of GB2, a company called This Land, is trying to be up front about its plans and those in the know seem to be willing to give their intentions the benefit of the doubt. In May, the company held some local information events about its up-to-260-home field (the one south of Worts Causeway, extending down to Babraham Road, which is being called ‘Newbury Farm’), and these were well attended by local residents. So far, so good, though we need to make sure that the feedback provided by residents has been incorporated when the application for outline planning approval goes in later this year. Neighbours are already concerned (see photograph at top).

But for now, it’s time to talk about Environmental Impact Assessments (EIA). These are the information-gathering exercises that need to be carried out by developers and other bodies to enable a Local Planning Authority to understand the effects of a development before deciding whether or not it should go ahead as proposed. Whether or not they’re needed can be the source of disputes between developers, communities and local authorities, with developers usually trying to get out of them. By treating the two Worts Causeway developments separately, I assume there was more chance that the developers could argue in each case that an EIA wasn’t needed, but when they asked about this with GB2 back in March, the City Council decided that an environmental statement would be required with the planning application.

You’d have thought that might have automatically meant that an EIA would be required for GB1, the field to the north of Worts Causeway, earmarked for a similar number of homes to GB2. But inevitably the GB1 developer, Commercial Estates Group, has also asked for an opinion if an EIA is needed. This request has just arrived, and can be seen here. It’s worth a close look, because it might presage some of the excuses that may be coming for not developing the site in a way the local community would want. Take a look at these claims for example: 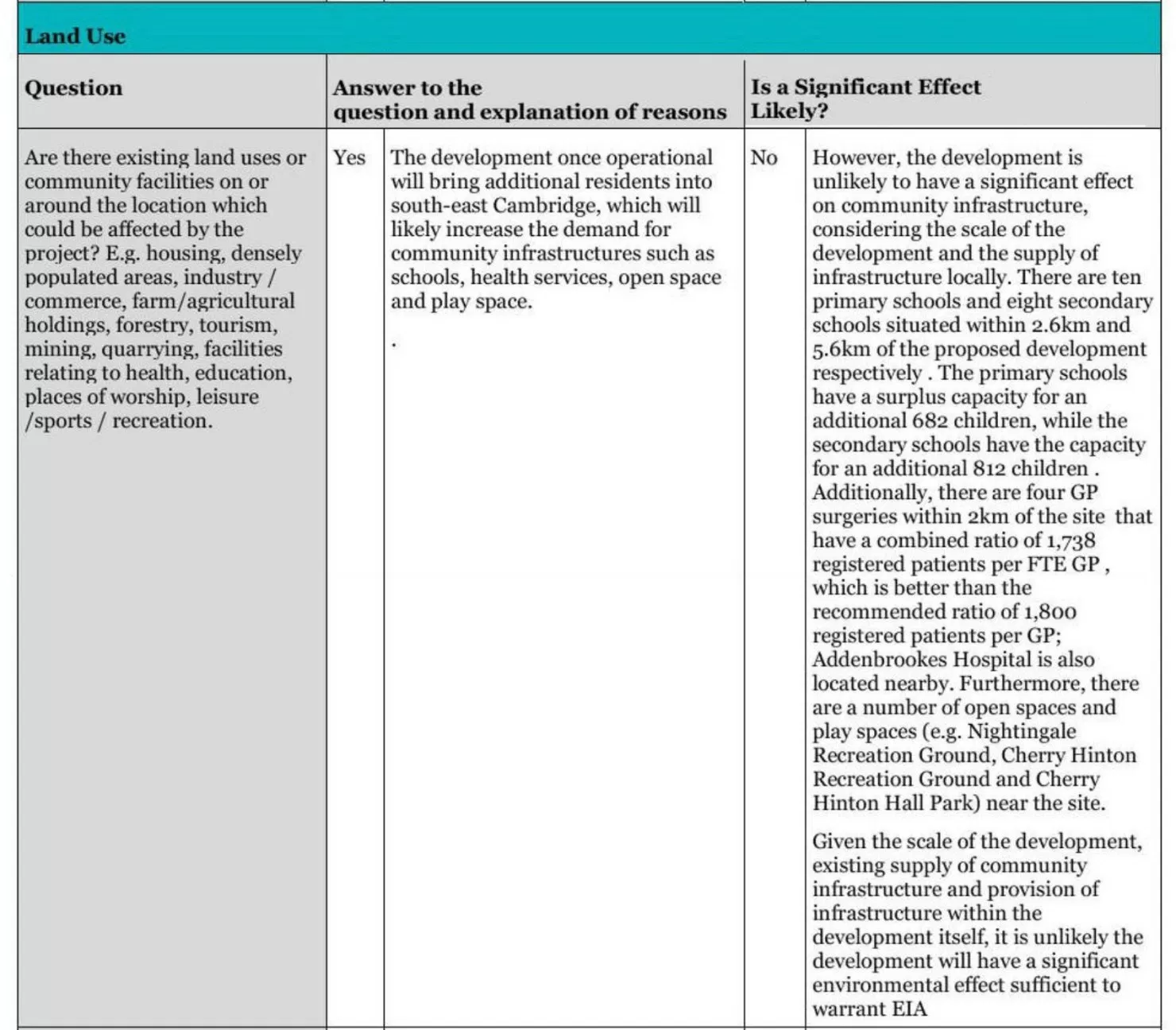 Now, I haven’t looked at where all these schools are, for example, but the ample local provision suggested looks a bit far-fetched to me. Local campaigner Sam Davies has already written about this in her blog post Where will the children of GB1 and GB2 go to school? which I’d thoroughly recommend*.

I expect the City Council will turn down the GB1 developers’ request that an Environmental Impact Assessment is deemed unnecessary, but we all need to be watching the plans carefully, or we may get 500 homes on our doorstep with poor transport, insufficient local facilities and an impact on the natural environment which is even more detrimental than it needs to be.