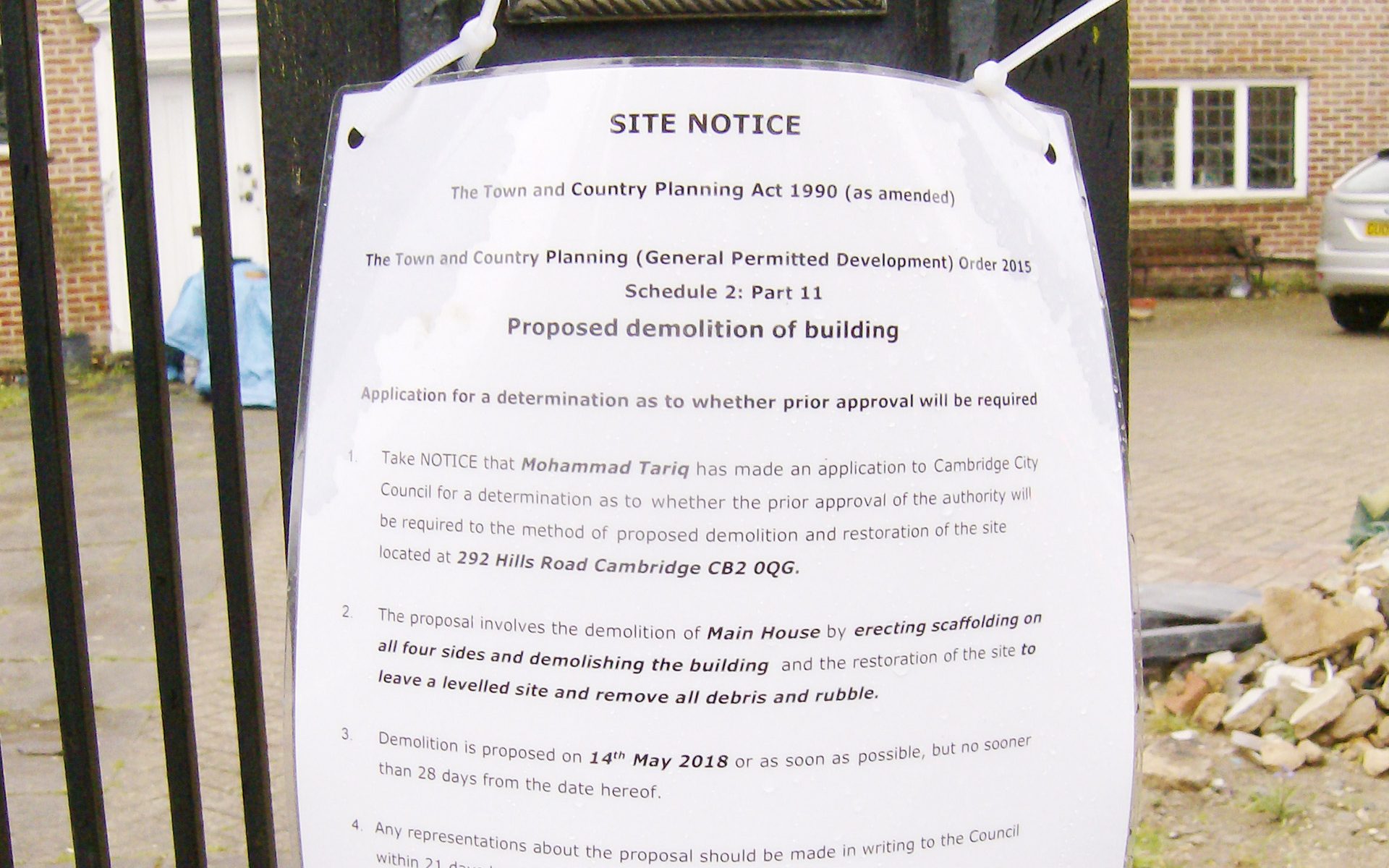 If you hadn’t heard the news, thanks to a fantastic campaign by local residents supported by councillors from Queen Edith’s and beyond, last week the City Council planning committee rejected the plan by Gibson Developments Ltd to replace 291 Hills Road with two blocks of flats. The scheme produced nearly 200 objections, although – sadly – unpopularity with local residents isn’t grounds for rejecting a plan, and it took some excellent work to find issues that the planning committee could agree should stop the development in its current form. A video of the objection at planning committee can be seen here.

The area may well hear more from Gibson Developments (who are also responsible for demolishing the lovely houses at 3 and 5 Queen Edith’s Way). Nor, it seems, are they the only people comfortable with destroying long-established family homes in this way: notice has now been given by the owners of 292 Hills Road that they want to demolish what is quite a magnificent house, this time without any plans having been submitted for a replacement. 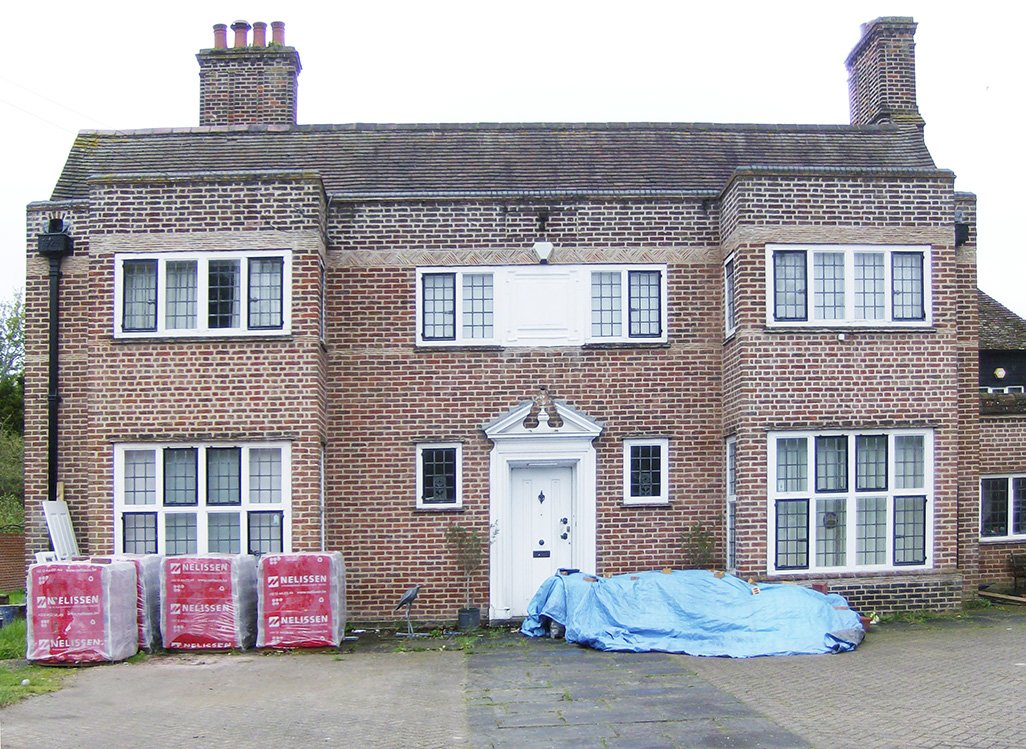 There have been prosperous times for Cambridge before, and 100 years ago an earlier ‘Cambridge Phenomenon’ saw many individual houses designed and built in Queen Edith’s for well-known local businesspeople. According to Capturing Cambridge, “292 Hills Road (York House) was built by the builder Cyril Ridgeon in 1924, to the designs of the architect Sir Edwin Landseer Lutyens. The house is one of three houses designed by Lutyens in the Cambridge area, the most well-known being ?Middlefield? in Hinton Way, Shelford. York House is an example of Lutyens country house look and has fine brickwork and mock Tudor panelling.”

The Lutyens connection cannot be proved, it seems, but the sheer class of the house clearly doesn’t mean enough to stop the current owner from wanting to destroy it. Neighbours have tried to get the house listed, with support from CambridgePPF, but their request was rejected. While there are grounds to turn down new building plans (see 291 Hills Road above), there are very limited powers to stop an owner from demolishing an existing building. Residents’ groups asked the council to request that the owner desists from degrading the house while they made a case for making it a “Building of Local Interest”. A Building Preservation Notice can be served by local planning authorities, but neighbours say that city council officers are uninterested.

For Queen Edith’s, the past week has been one step forward, two steps back.

How do I make a comment to the council on this?
? Click here to add your own comment online. You can see some existing comments under “Documents”.
Note: you will need to log in or register first.
or
? Click here to email your comments to the case officer, Mary Collins. You must quote reference 18/0608/DEMDET.