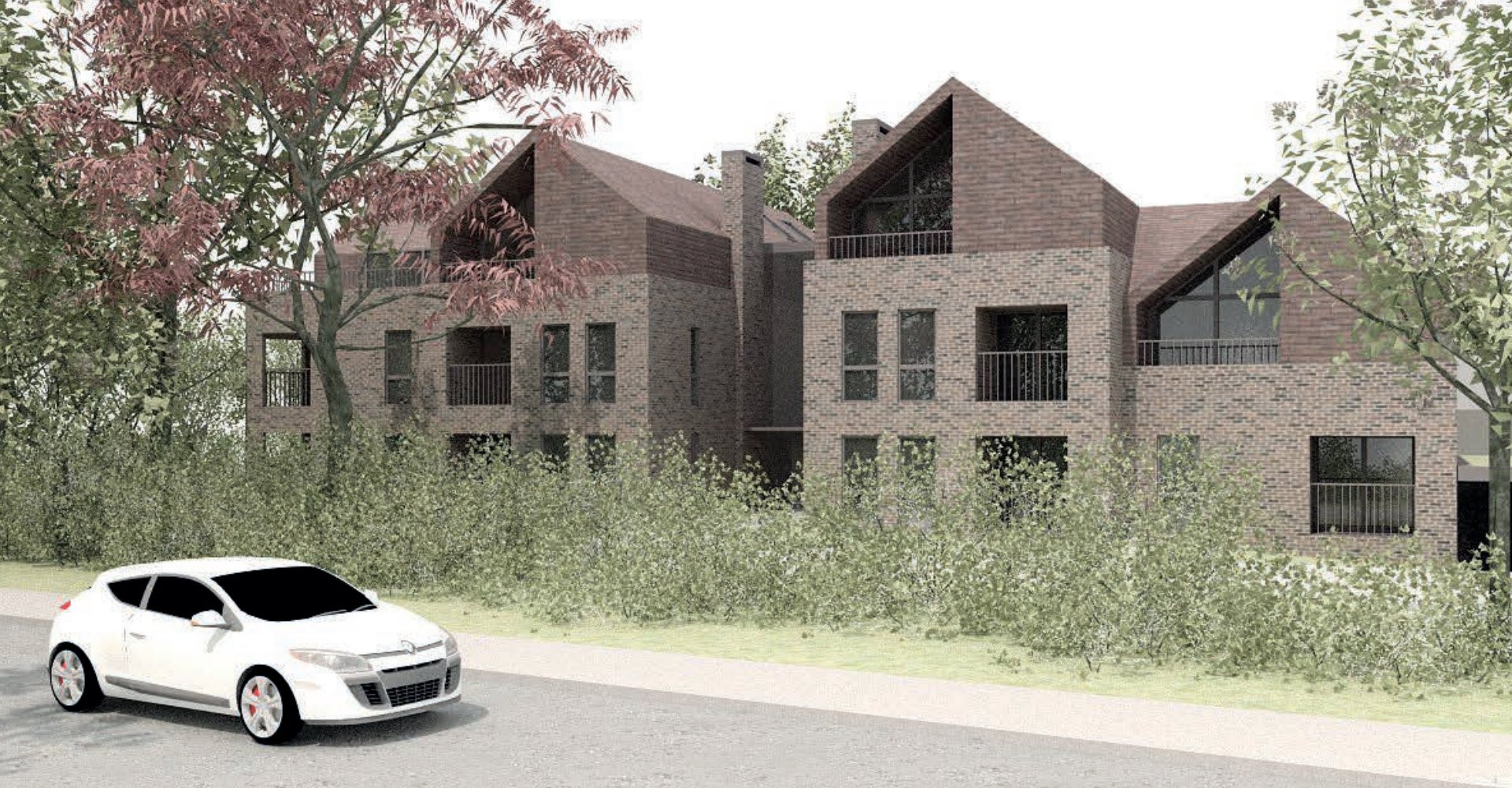 Many people have asked for an update on the threatened demolition of the house at 291 Hills Road and its replacement with two unpleasant blocks of flats by local company Gibson Developments. After the refusal of permission for the development by the City Council’s Planning Committee in April, the company has returned with a whole series of actions.

Firstly, you may have seen that a notice of demolition has been posted on the site and that fencing now surrounds it. Sadly, the owners are allowed to demolish it without permission for a replacement, which it seems to me would be a contemptuous gesture towards both the council and the community. The news was covered in the Cambridge Independent here.

You may also have noticed that Gibson Developments has also put the house on the market with Carter Jonas, the local property advisors who have been supporting them throughout this affair. And that’s not the end of it: the developer has also come back with revised plans for the site!

One of the grounds for refusal by the Planning Committee was that the Local Plan requires a development of this size to incorporate an affordable housing element. The original plans did not do this. You won’t be surprised to read that the revised plans have not been changed to include affordable housing; they just have 1 flat fewer, in a further attempt to avoid that requirement.

What can we do now?

A remarkable group of local residents, calling themselves the ‘Saving Raylands’ Campaign, have been fighting Gibson Developments’ plans from the outset. They were helped immeasurably by 171 objections from friends and neighbours across the area. The group is once again asking you to register an objection to the revised plans. They’re helping to show Gibson Developments (and other ‘developers’ in the future) that we care about our area, and we will do everything we can to make their exploitation of the community as difficult and expensive as possible.

You should still object to the revised proposal even if you objected to the original proposal. Each person in a household can send in individual comments. The planners only consider comments which relate to ?relevant planning matters?, so the ‘Saving Raylands’ Campaign is suggesting 7 grounds for objecting within the Cambridge Local Plan 2006 (CLP 2006), listed below. All or any of these may be of concern to you.

Where is there more information available?

How do I make an objection?

You can contact the ‘Saving Raylands’ Campaign at cambridgedeservesbetter@gmail.com. If you have any other suggestions that might be of use, they would love to hear from you.