The council has received a strongly-worded objection to the demolition of the EF Language School building from The Victorian Society. Until now, most objections have concerned the proposed new building, including its dominance of the streetscape, the overdevelopment of the site, transport/access, loss of privacy, disturbance and the shading effect on neighbours. However, the letter from The Victorian Society makes a point in favour of retaining the existing building, saying that it is “clearly an undesignated heritage asset of note.” It goes on to say that “There is no great justification for the demolition of the Victorian building. It is large and readily convertible. We remain unconvinced that it could not be altered or extended to serve as required.” 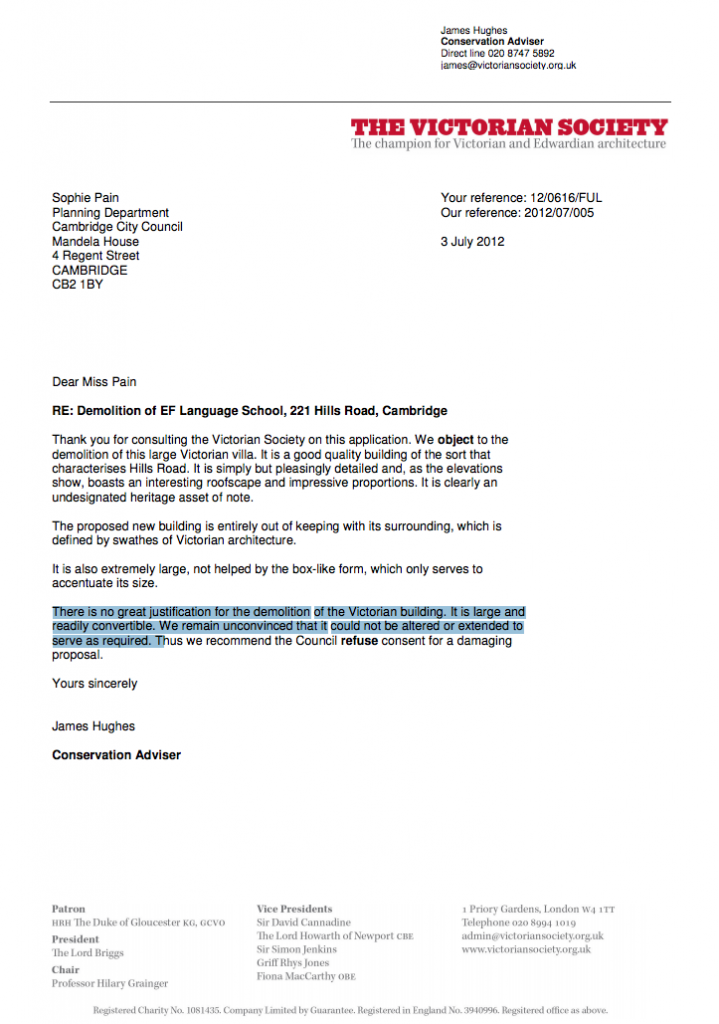 One Reply to “Objection from The Victorian Society”