The EF Language School has returned with a new set of plans for developing its Hills Road site, which were revealed to the public at an exhibition evening on 14 March. These bear no relation to the previous plans (q.v.); this time they retain the existing main building and do not include residential accommodation. The proposal is no longer to level the site and completely transform the school, but just to enhance the existing facilities. With no additional access proposed from Cavendish Avenue, and no significant increase in height compared to the existing structure, it is hard to find any serious objection to last year’s proposal which has not been accounted for in the new design. Certainly the general feeling amongst local residents present seemed to be that the plans were quite acceptable. Here’s a small model of what the finished building would look like: 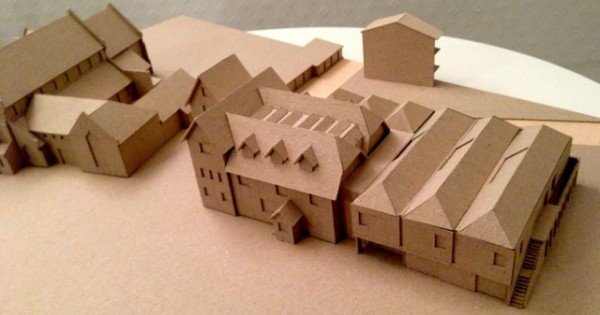 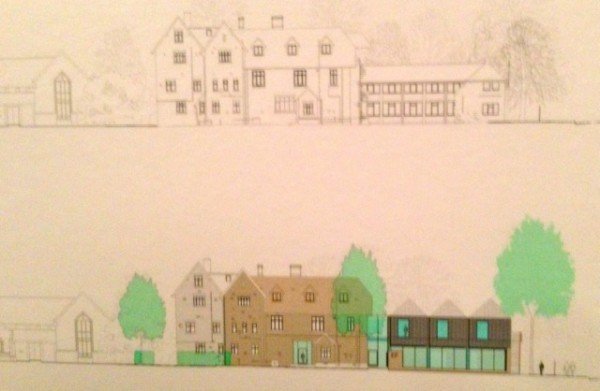 The finish is modern, but at least has pitched roofs in keeping with the main building and others along Hills Road, as shown in this photorealistic simulation: 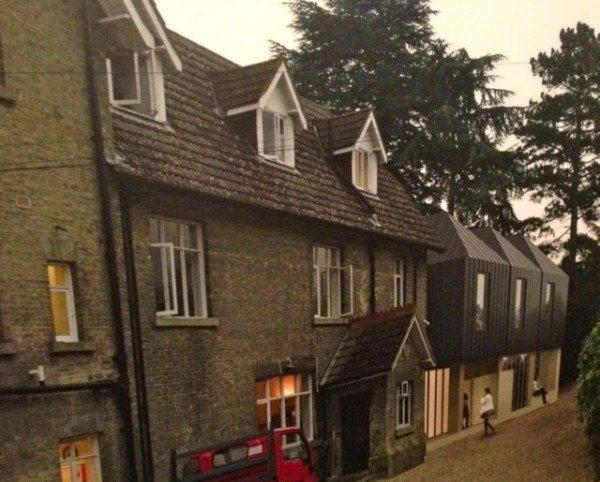 Overall then, for local residents, the plans are a massive improvement over the last year’s completely unacceptable effort, and I suspect they will meet with few objections. If you have any comments, please feel free to make them here!