I was rather hoping this blog had finished with the EF Language School development, which eventually took an incredible fifteen months to complete, against the nine months which we (and indeed the owners) were promised by Mansell Construction Services.

The extension looks reasonable enough, as it did on the plans, but the unexpected disappointment is exactly that – we’re all being forced to look at it. The wooden fencing which surrounded the site for many years has been replaced by see-through railings, and over the last few weeks, there’s been wholesale destruction of the trees and other greenery all around the site. Here’s the view from opposite Cavendish Avenue, comparing the old view with the new. 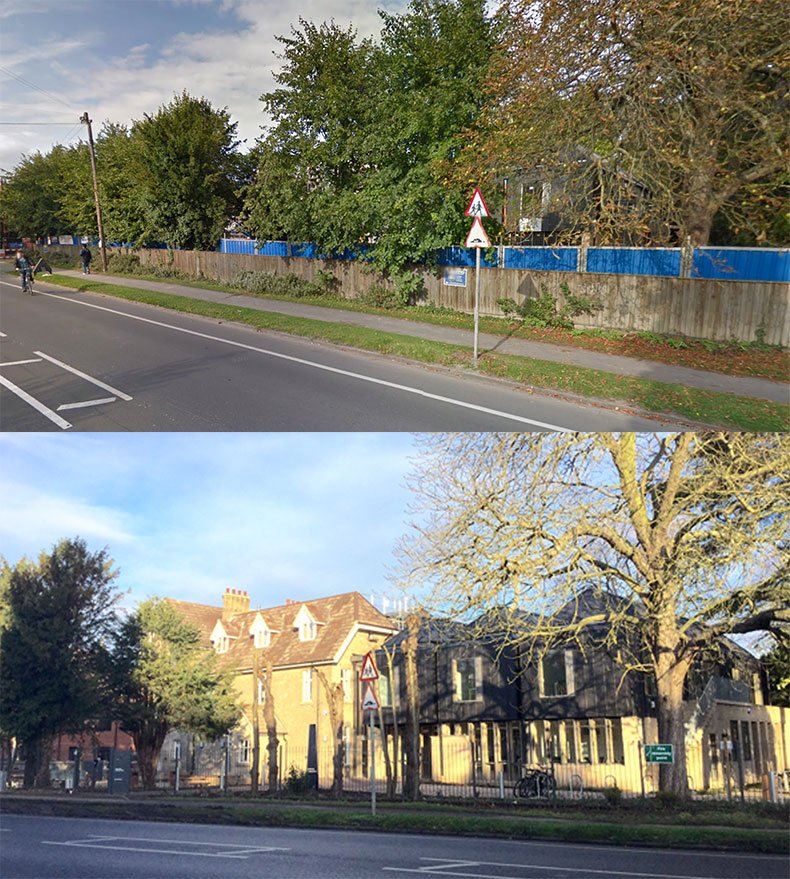 I believe that the railings were on the plans which went before the council planning committee, so for anyone like me who doesn’t like them, hard luck – we should have spotted it and raised an objection back then. Having to see the students’ bike park, and watching them play table tennis and come outside for a fag break is something which users of Hills Road and Cavendish Avenue are going to have to get used to.

However, the loss of the greenery is more questionable. The plans as submitted to the council showed no change in the trees, and the detailed landscaping plan featured a row of trees at the front which have now been cut back to stumps: 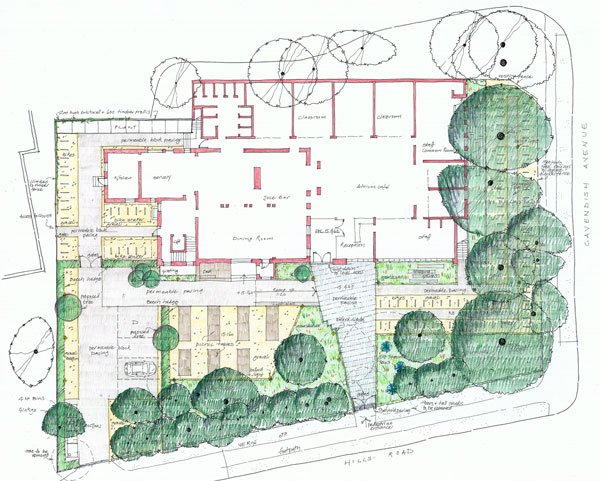 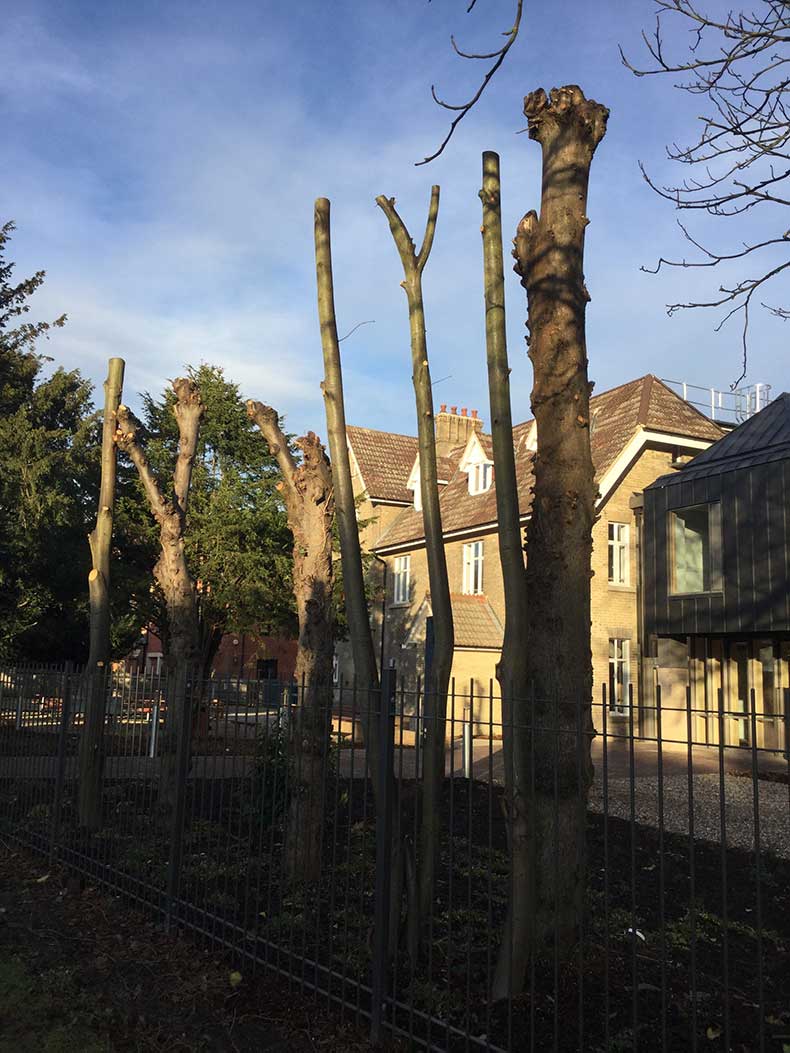 As you can just about see, there’s just a small amount of ground cover which has been put in to replace the bushes which were there before.

Around the corner in Cavendish Avenue, and on the east side of the plot (facing Lady Jane Court), the removal of greenery has been just as savage as at the front. I have written to the council department responsible asking if this destruction of greenery required consent, and if it did, if this consent was given. I have also contacted our only city councillor who was in office when the plans went through – George Pippas – to hear his views.

Even nightfall doesn’t relieve residents from having the building thrust in our faces; in common with so many other commercial buildings, the inside lights are left on at night without a care in the world for the neighbours or the energy usage. As the windows don’t appear to have any blinds or curtains, we get to see every desk and every computer inside.

On a separate matter, the grass verges on Hills Road and in Cavendish Avenue look like a World War I battlefield. Another resident has been chasing this up with the contractors; he told me: “Ironically, I think it was the landscapers? vehicles which did the most damage. The Hills Road verge is massacred, such that it is almost impossible for two pedestrians to pass without stepping in the muddy mess. The Project Manager has just told me that work to reinstate the verges will commence this week. It has not been done sooner because of the wet weather.” That, however, was a week ago. We await developments.