The County Council is planning significant improvements to the footpaths and cycleways on Queen Edith’s Way, as well as to the half of Cherry Hinton Road nearest the city (above). We often complain that major works like this are progressed without talking to the residents, so the council should be congratulated on holding a well-publicised consultation on this one.

Local developers are contributing ?3 million to these cycling improvement schemes and for the Robin Hood junction. The work on the Robin Hood junction will be consulted on later this year, but for now, the planners want to have our input to the cycling schemes. They’ve set up an online survey which is open until Monday, 29 June. The plans which are drawn up after considering our feedback will go to a further, full public consultation before being implemented. 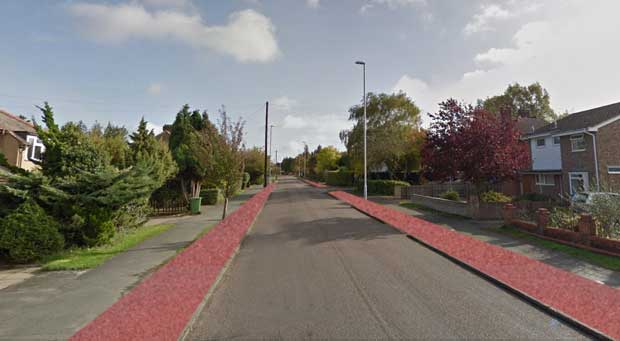 The survey took me just over 5 minutes to complete, so it’s not too demanding. If you have specific ideas which you’d like to put forward, do get them clear in your head first, because you’ll be asked for them right at the end. Even if you don’t, your opinion on whether you’d like new cycle paths or not is important. You’re not required to write anything, just tick a few boxes. Bear in mind that although the cycle lanes sound like a great idea, there are some consequences, such as the need to replace trees, the loss of parking bays, etc.

Here’s a link to the survey.