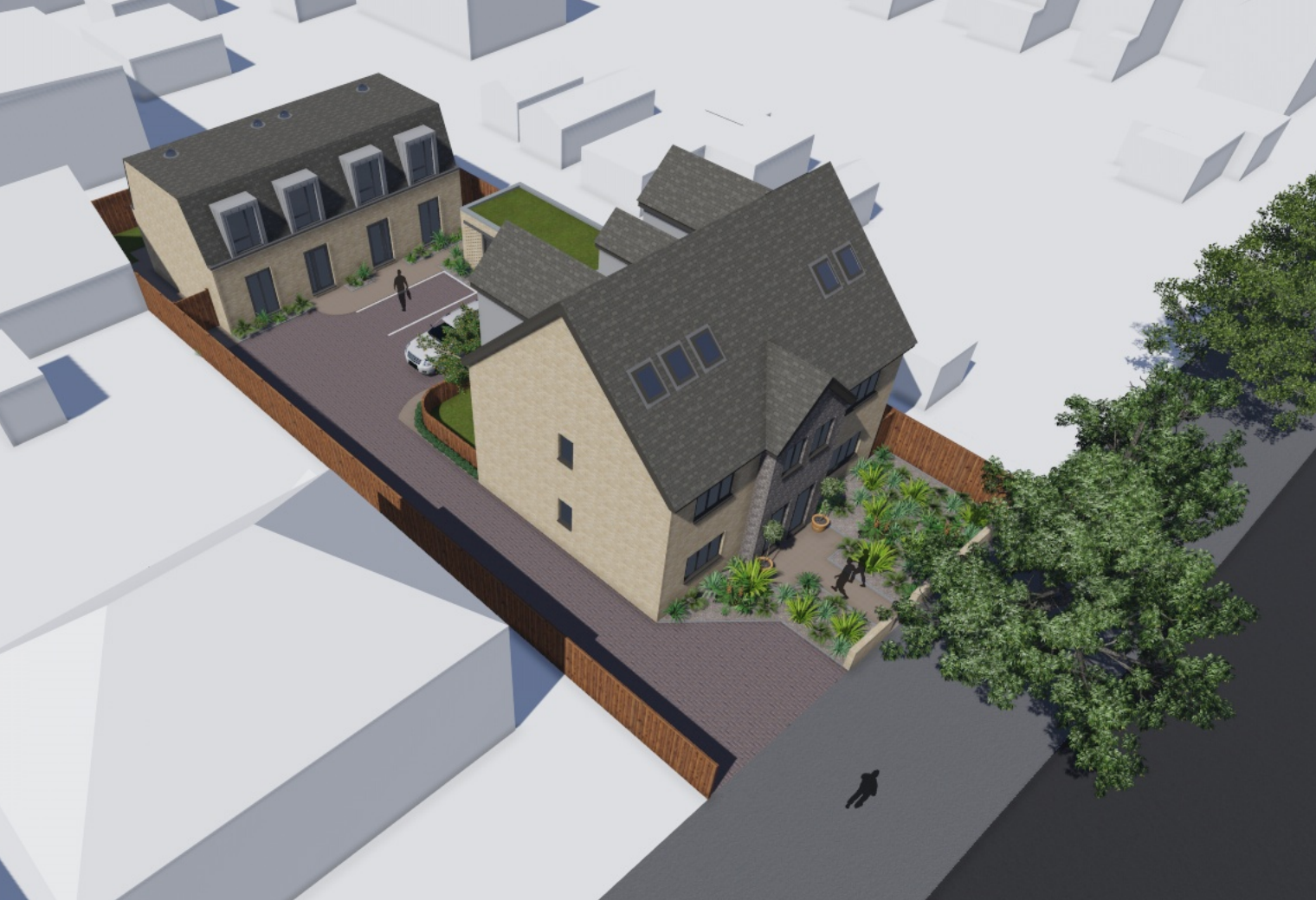 The rash of new house and flat plans which appeared last autumn are making their way through the planning process. Here’s what I can see is happening at the moment. A couple of these developments will be coming up at this month’s City Council Planning Committee meeting this Wednesday, 10 January.

Covered here and here. Developers want to demolish this house on the corner with Queen Edith’s Way, and replace it with a block of flats which does not fit in with the surroundings at all. There has been a wall of opposition from locals ? there are 81 comments on the council website, overwhelmingly objecting to the plans. In an exemplary effort, the “Saving Raylands Campaign” has circulated newsletters to about 2,000 recipients, carried out a great deal of research with the support of local experts who worked for nothing, presented a superb detailed report to the Planning Committee and organised a petition for a Development Control Forum, which took place in October. The application remains in the system.

Covered here. Proposal to significantly extend and convert a detached house to form 7 ?residential units?. There was only sketchy information given about this, something taken up by the council’s Urban Design team, which seems to have reservations. Six parking spaces across the front of the property would make it look like the start of a motor race. The application remains in the system.

Covered here. Application to demolish a 4 bedroom detached house and replace it with a ?residential development of flats? (2 one-bedroom and 3 two-bedroom). Concerns were raised by the council’s Highway and Urban Design Officers, and there have been over 30 written objections from neighbours. Revised plans were put forward in November, and the application will be considered by the City Council Planning Committee on 10 January. The full documentation available to the councillors on the committee can be seen here. Officers are recommending that the application is approved, saying: “The proposed replacement building is considered in keeping with the character of the area. The building is not considered to have any significant adverse impact on surrounding occupiers in terms of overshadowing, enclosure or overlooking. The proposed car and cycle parking arrangement is considered acceptable. The proposal is not considered to have any significant adverse impact on highway safety. The proposed new units are considered to provide an adequate level of amenity for future occupiers.” Read their report here.

Covered here. Plan to demolish a pair of semi-detached houses and replace them with a 2.5 storey apartment block of 7 flats, and a 1.5 storey block to the rear with 2 further flats. A dozen objections have been received from local residents. Revised proposals were submitted last month (below), which included removal of parking at the front of the site and its replacement with a low wall. The application remains in the system. More here. 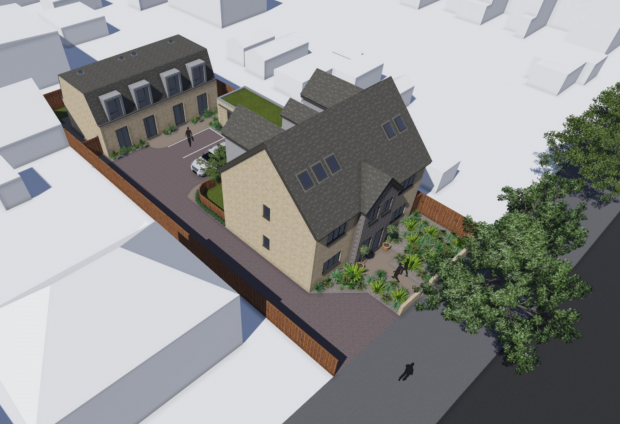 Covered here. Application to demolish a bungalow and replace it with four three-storey blocks of flats (12 flats in total). Residents have submitted nearly 20 objections to this. There has been more than one objection from council officers too, regarding the tree replacement and the parking provision. If you’re patient enough to click through all the documents, these can be found here. The application remains in the system.

Originally covered here. Proposal to build a two-storey, 4-bedroomed house in a triangular area of land on the south side of 4 Strangeways Road. This one has been knocking around for over 18 months, and received permission in 2016 but has since been revised. There does not appear to have been any public response on either occasion. The full documentation available to the councillors on the committee can be seen here. Officers are recommending approval, saying: “The principle of development has been established through previous consents on the site. The current proposal would be larger than the consented schemes, however I am satisfied that it would not harm the residential amenity of neighbouring properties, important trees or the character of the area. For these reasons, the recommendation is for approval subject to conditions.” More here.

Originally covered here but revised twice. Plan to divide a property?s garden in two, and build a sunken modern-style house in the furthest half, away from the owner’s house but closer to a neighbour’s house. Nearly 50 public objections to this one, which if it went ahead could set a trend in part of a road so far immune to garden grabbing developments. Curiously, there have also been 10 comments in support of the plan, which is almost unheard of; these have come from seemingly random addresses across the city ? draw your own conclusions. Some detailed objections have been received, including from the council’s Highways team about the provision of a ‘car turntable’, the only way to get a vehicle out in the other direction to the way it arrived. The applicant’s solution was simply to get rid of this. Now council drainage engineers have objected, alongside a detailed neighbour-commissioned engineering report, which ? like all the documents and plans ? can be seen here. Comments on the latest plans can be submitted until next Thursday, 11th January 2018 ? note that if you have already done so for earlier iterations, it is helpful to do so again. The hedge dividing the property from its neighbour at 47 Cavendish Avenue is to be removed, including the holly tree and also, next to the road, the mountain ash with a rose threading through it. After looking at the plans above, you can comment online here or email the case officer, Michael Hammond, at michael.hammond@cambridge.gov.uk.

One Reply to “Updates to current local development applications”