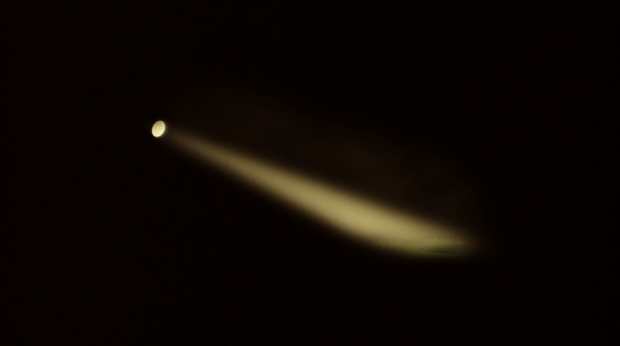 Like it or not, Cambridgeshire County Council seems determined to press ahead with its plan to turn off the county’s streetlights after midnight, even if they’re in our busy city. At Monday’s City Council South Area Committee meeting, residents got their best chance yet to ask questions about the scheme. Here’s what we learned.

Firstly, it should be pointed out that the County Council as a body is not willing to engage in person with residents about the issue. Our own county councillor, Amanda Taylor, asked the chair of the County Council Highways and Community Infrastructure Committee, a councillor from Linton named Roger Hickford, if he would attend the meeting, and also if the council officer responsible might join him. Ms Taylor reports that Mr Hickford refused the request, on the grounds that despite his role, the ultimate decision would not be his personally. He also said that officers do not have the time to do so. This argument was slightly undermined by the fact that the council officer responsible for the cycleway scheme had earlier found the time to attend this meeting, where he had been made most welcome.

According to Ms Taylor, Mr Hickford went on to suggest that it was her job, as the local county councillor, to tell the residents what was going on. The problem there is that after talking to local residents and taking advice, Ms Taylor has come down against the proposed switch-off, and is therefore hardly the right person to explain the supposed benefits of the idea.

Curiously, however, the whole situation ended up being explained to the meeting by none other than Lewis Herbert, Leader of the Council at Cambridge City Council. As somebody not responsible in any way for the County Council’s actions, it was most generous of Mr Herbert to give up his time to do this. He told the meeting that there is to be a public consultation on the plan to turn off the streetlights, but that the County Council had not yet told him what form the consultation will take. We’ll circulate details to readers here as soon as we have them. However, on the County Council’s website, the relevant Q&A page does appear to be presenting the switch-off as a fait accompli.

Mr Herbert pointed out the map (below, click to enlarge) which has been produced by the County Council showing the main streets (shown in blue) which will not be affected. In all other cases (green), the lights will be switched off at midnight until 6am, or presumably in the summer they will not come back on at all. He went on to say that lights were already being dimmed as early as 8pm. 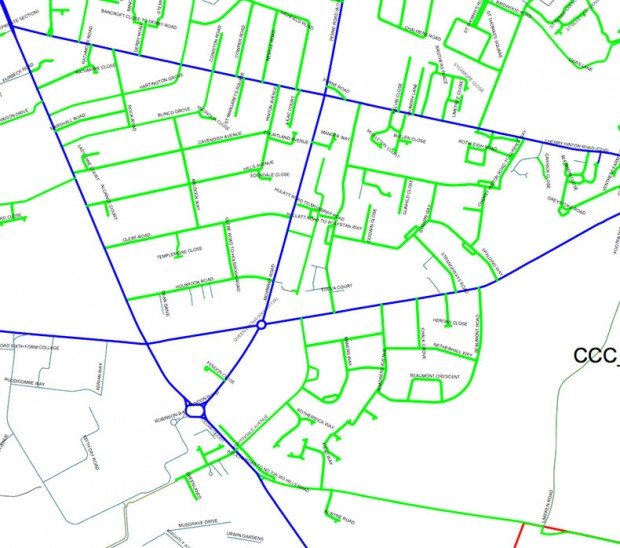 The switch-off is being presented entirely as a money-saving exercise, not for any environmental benefits. Some of the questions from the public and councillors referred to this. They asked:
– How much energy will be saved? Is it worth it?
– If money saving is an issue, why are the expensive new streetlights everywhere not using LED technology?
– What will be the cost to the health service of an increase in accidents? Why are these ideas always justified in isolation?
– Can individual streets, or the whole city, pay for the streetlights to stay on? Will the county council allow it?
– Have services such as Addenbrookes been asked about the costs to them? They may have interesting input.

Net cost to the public purse

Ms Taylor was able to answer some of these questions, as she is on the County Council’s ‘Highways Committee’. She said that the energy saving should be 45%, but couldn’t say of what. She said that LED lighting had not been specified because the replacement streetlighting project had been put in place up to 8 years ago when the technology was not an option, and had dragged on, but absurdly could not be renegotiated. Ms Taylor believes that an online-only consultation would be quite unsatisfactory, and agreed that the increased risk of injuries would surely result in a net cost to the public purse. She said that the County Council has been talking to parish councils about ‘keeping the lights on’ at a cost to them of ?12 per streetlight per year, but she did not think this would be available in city.

Other councillors had their say. Tim Moore said: “I laugh at the saving. Environmental aspects may be important but compare any financial saving against the cost of falls. It’s an obvious problem for those with visual impairment but also for anyone with mobility problems. The dimming of lights earlier in the evening is just as significant as an after-midnight switch-off.”

Zoe O’Connell said she understood that a change to LED technology would have delayed installation and that would have caused costs to the contractor, who therefore did not wish to offer the option. But who’s writing the contract?

George Pippas said: “We were assured a long time ago that the new streetlights would be on 100% until 11pm, then dimmed. I believe we were lied to, as there was no mention of switching them off originally. We need support from residents to fight this.”

Shapour Meftah remarked that it seemed strange to spend so much money on new streetlights only for them to be switched off. He asked: “Can we divert some of our city project money to this?” Russ McPherson pointed out that the report from the City Council points out that the County Council “cannot specify the saving resulting in the city”, which rather makes a mockery of any cost-justification.

Mr Herbert tackled the issue of whether the city could pay for the streetlights to stay on by saying that it was reluctant to pay for a service that the County Council should run, but that they will take advice from residents. There are most certainly issues over safety, as well as walking or cycling journeys to and from colleges, the station and hospital, which are not faced in rural areas. He said that the City Council has engaged with police, who are not happy with the proposal, and they are also talking to the universities. It’s acknowledged that many commuters start before 6am. There is no specific logic to the switch-off times. He aims to make sure people know what is proposed, and to have a dialogue. Ms O’Connell added that is would be undesirable “to have richer streets paying for their lights”, leaving any adverse impact to be felt by less affluent areas.

Mr Herbert agreed that the biggest disappointment of all is for so much of the city to have been dug up for new streetlights, only to then switch them off. Mr Herbert said: “We will make a cogent case based on what has been put to us, but we need a clear voice. I’ve picked up a number of good points tonight. It’s a shame that the ruling group of the County Council does not have a single councillor from the city, which explains why there’s so little connection between the city and the county. The city lives heavily at night and expects the lights to be on past midnight.”

Finally, Mr Herbert generously commended the residents in the south of the city for being in the forefront of bringing the streetlight switch-off proposal to wider attention.

There is a report from the City Council on the issue here, which is worth reading. I will report any further developments, including details of the consultation, as soon as I hear about them. For those of us who don’t want to go back to the days of the Blitz, the omens are not good. In Essex, where the streetlights were switched off at night some time back, the opposition from town and city residents has been vehement. But the issue there became a political one, with a spiteful County Council apparently refusing to let town and city councils turn the lights back on, despite raising the funds.

Unfortunately, a similar situation exists in Cambridgeshire, where the County Council is run by largest group comes from one political party, and the City Council here is almost entirely comprised of councillors representing other parties. Mr Herbert was diplomatic in his description above. It could still well be the case that our streetlights are switched off at night on the whim of some eccentric, vindictive councillors from towns an hour away across the Fens, who rarely visit the city and take great pleasure in causing problems for any politicians from another party here.

12 Replies to “The Cambridge Streetlight Switch-Off: what we know so far”