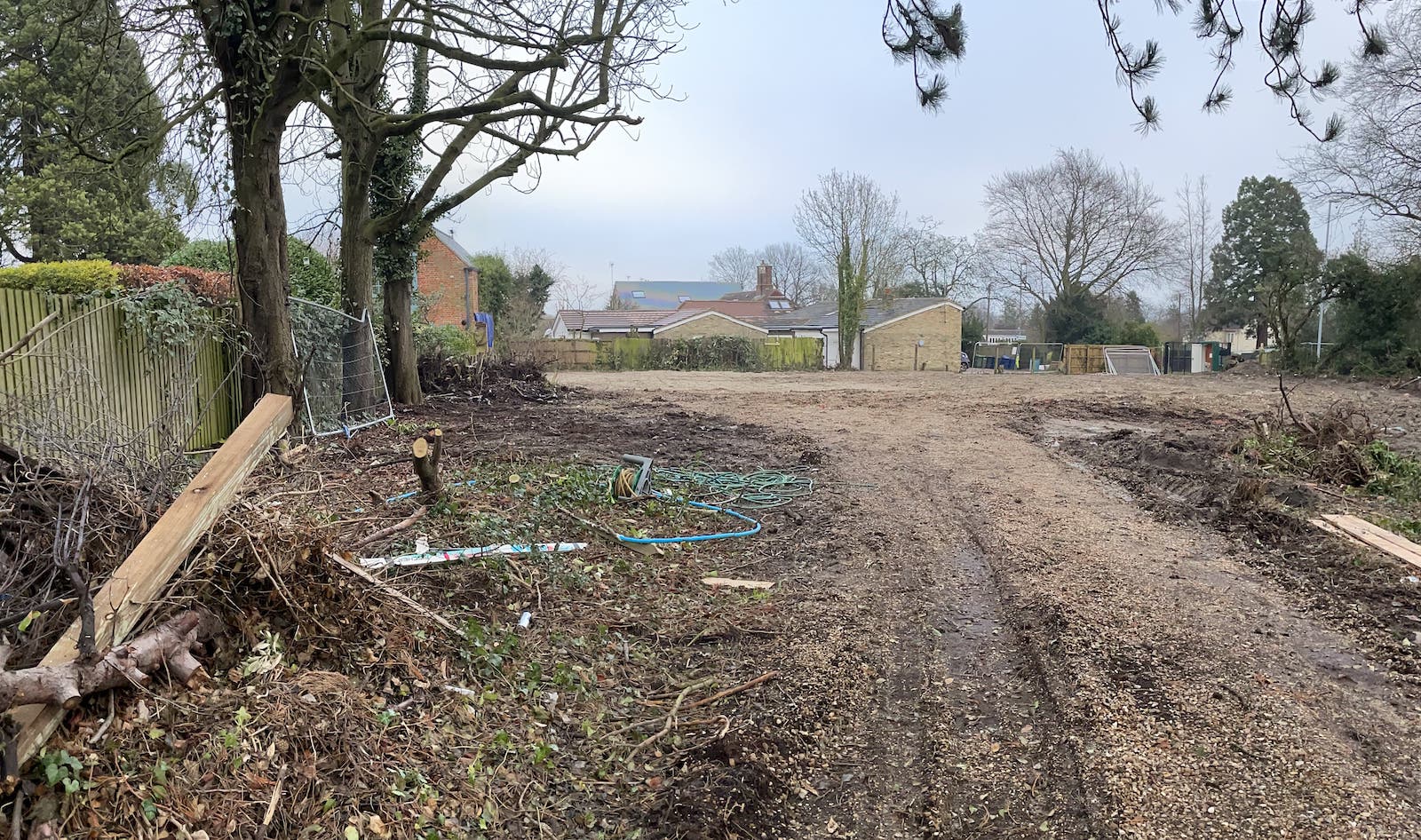 The photo above shows the empty space where the big house on the corner of Hills Road and Queen Edith’s Way stood for over 100 years, until this month. Despite a community campaign to save it, there was little chance of overcoming the combined forces of the ridiculous prices commanded by flats in Cambridge, property developers with no care for the area, and an increasingly toothless council planning system.

The demolition was symbolic of the way changes are being made to Queen Edith’s with little regard to those who live, work or study here. We can all see so many mistakes being made a mile off, but it’s almost impossible to turn around intransigent – and often incompetent – local authorities.

I’ve been involved in two organisations which have tried to do this in different ways in recent years. Smarter Cambridge Transport has taken the approach of getting together concerned (and often inspired) local people to come up with sensible ideas to solve our transport problems. You might think these would be seized upon by the local authorities, but instead it seems to have deepened their resolve to promote vanity projects.

The Queen Edith’s Community Forum has tried to improve the area by informing and supporting those who want to make a difference. If I’d written this 18 months ago, I might have said that like Smarter Cambridge Transport, it has also been defeated in many of its aims by the quagmire that is local government and its political preoccupations. But 2020 has changed all that.

Taking matters into their own hands

Last March seems a long time ago now, but I’m sure we can all remember that something needed doing in the community, and fast. While the government floundered, many people were worried enough to take matters into their own hands. When the Prime Minister did the first of his many “Alas…” speeches on 23 March, most of my street (and most of the country) had decided to ‘lock down’ without being told. We were getting spontaneous notes through the door from young people offering help with errands if we couldn’t get out. I’d never seen anything like it.

The Queen Edith’s Community Forum saw how it could help by using its network to spread what was happening across the area, and as I’m sure we’re all aware, this became the start of the biggest community self-help initiative of our lifetimes.

We’ve now stepped up to a level of mutual support that nobody could have imagined a year ago. All this has been done by ordinary friends and neighbours offering their time and support because they care. A roundup ‘thank you’ email from Queen Edith’s Community Forum chair Sam Davies this week thanked 400 people by name. I suspect there were many more who could have been added if records had been kept.

Several of the community initiatives have been put in place in such a way that they might continue to run as long as the pandemic does. To move much further though will probably need more than local people can achieve on their own. A say on the council would be a start. In the past, the our local councillors – of whatever party – have been far too concerned with party politics rather than addressing the big community issues. It’s why, for example, just about the only two people in Queen Edith’s who appeared to want the new housing on Worts’ Causeway were ‘our’ two councillors who voted for it.

What Queen Edith’s could really benefit from would be more councillors who care more about the area and its residents than whatever political party that they chose to join. And there’s an opportunity for that coming up.

This May, every council seat is up for election. That means every political party will ideally need to find four enthusiastic local residents for every ward.

There’s no chance of that happening. Trust me, normally they struggle to find just one. In recent years, the majority of people on your ballot paper have either not really wanted to be councillors, or have never even lived in Queen Edith’s. This is no longer good enough.

If you’ve ever thought you’d like to be a non-party-political councillor, this coming year is the best chance you will ever get. The initiative is with the community, and the political parties won’t be able to put up enough decent candidates. Let me know if you’re interested, and I’d be happy to help you organise a campaign. You’re never too young or too old, and you’ll stand a much better chance of being elected than you might think.