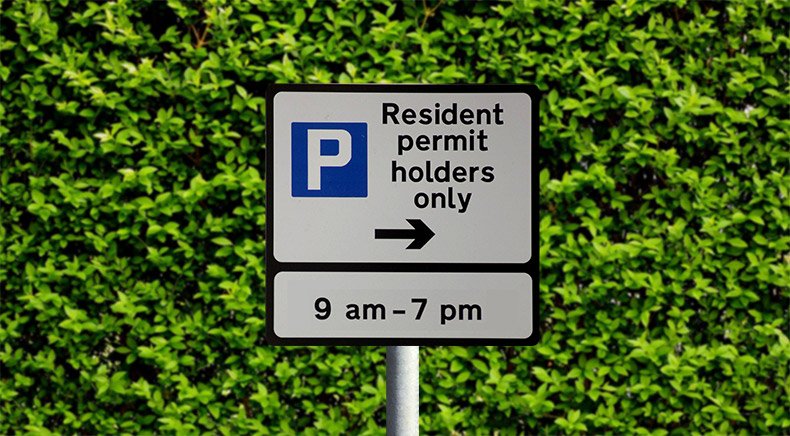 For all of the 25 years I’ve lived in the south of Cambridge, nothing gets residents more worked up than parking. I promised several people I’d write an article this week about residents parking schemes, and so I’ve spent the last few days reading council documents, petitions, residents circulars and more. My head is spinning. But here goes!

1. What’s already in place elsewhere in the city?

All the streets in the centre of Cambridge have ‘residents parking schemes’. Permits to park each car cost in the region of ?50 to ?80 per year, and there may be a one-off, set-up cost of about a year’s charge for each permit. Residents can also apply for visitor permits, allowing visitors to park for a number of short visits. Parking bays are not assigned to individual properties, so a permit does not guarantee that a parking space will be available. But you can park anywhere in your ‘zone’. In general, the result is that the streets are not full of commuters’ cars. Full details on the existing schemes can be found here.

Some residents of the older roads from Cherry Hinton Road down to Blinco Grove have been campaigning for many years to be added to the zones which have residents parking schemes. Most of the houses in these roads have no off-street parking, and their street space is much in demand by local businesses, Hills Road Sixth Form College, tradespeople, hospital staff, Leisure Park users and railway station commuters. It can be chaotic for some.

Last November, Cambridgeshire County Council consulted on what it calls the ‘Morley Residents Parking Scheme’ with residents from these roads (Blinco Grove, Hartington Grove, Rathmore Road, Rathmore Close, Magnolia Close, Marshall Road and Rock Road). Only 40% of properties replied, but of those which did, 59% were in favour of the plan (or 63% of those expressing a preference).

Full details of the consultation, and a map of the plan, can be found here.

As the majority of those that responded were in favour of the proposed controls, the next step has been for the County Council to advertise a ‘Traffic Regulation Order’ (TRO) to introduce the scheme. Full details can be found here. As usual with council exercises, the maps aren’t particularly user friendly, but I’ve combined them and tried to tidy them up a bit here (click to enlarge): 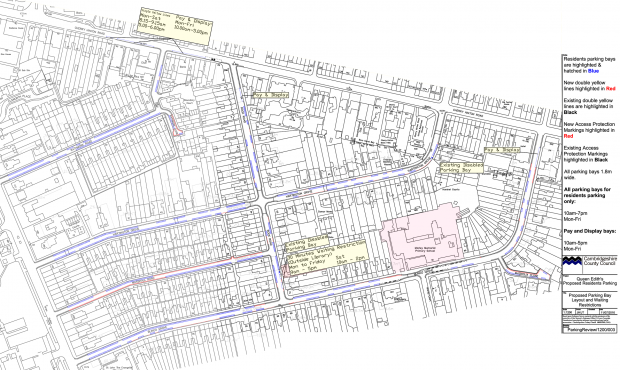 In summary, within this area all on-street parking will be divided into resident permit holder bays, ‘Pay and Display’ bays, limited waiting parking bays or there will be a 24 hour waiting restriction. Any resident with a permit for the area will be able to park anywhere within the area. The scheme will operate from Monday to Friday, between 10am to 7pm. There are no restrictions overnight. Residents’ annual permits will cost ?50 and the one-off ‘installation fee’ will be ?52.

This is still a consultation, so residents views are actively being sought, even those who completed the previous survey. But please note that if you want to have your say, for or against, the closing date is next Friday, 17th February. You do not have to live in the area covered by the scheme to make a comment. Details are on the web page about the TRO above.

On 13th March, a committee of City and County Councillors (‘The Cambridge Joint Area Traffic Committee’) will determine whether the TRO should proceed, taking into account the feedback it has received.

There are strong voices both for and against the Morley Residents Parking Scheme. A Facebook group has been in place for a while, and the residents behind this distributed two leaflets about the scheme some time ago. A leaflet which has just dropped through local doors declares that the scheme “will create more problems than it solves!” Another more considered letter being distributed by a group of 14 residents says that the survey did not give enough information to make an informed decision. This in turn has elicited at least one written response. I reproduce both letters below, without comment (click to read):

Our County Councillor, Amanda Taylor, tells me that the scheme is supported by a majority of residents and so will press for it to be implemented. She has read the letter objecting to the scheme above, but queries a couple of statements in it, especially the claims relating to the City Deal. She also says that if the scheme were postponed, it would be postponed for quite a long time. Consultations on new schemes may start after the May elections, “but the whole city will not be surveyed simultaneously. Newnham, Accordia and Coleridge will go first.” The Morley area would then join the rest of Cambridge in waiting for its chance.

The story was covered on BBC Radio Cambridgeshire on Friday, although the piece did rather make it seem like a “residents against the council” issue, which is a little unfair, particularly towards the council, who have only been doing their best to respond to residents. You can hear it here.

So what about the idea that the whole city should have residents parking schemes? Certainly the problem with the piecemeal approach to tackling streets with the biggest problems just displaces the issue. Some cars coming into the city and currently parking in the Morley Residents Parking Scheme area will just move to adjacent roads, such as Baldock Way and Cavendish Avenue. The displacement may not just be during the day. Some residents might decide that it’s easier to park their cars five minutes’ walk away than pay for permits.

A lot of work has been done on this issue by Smarter Cambridge Transport, a group of impartial volunteers from across the region trying to seek out the best transport-related ideas for the area (full disclosure: I am a member of this group).

In its paper entitled ‘On Street Parking’, Smarter Cambridge Transport says: “(The) process of iterative expansion of residents? parking, common to most UK cities, invariably pushes a problem onto a new set of residents and only marginally reduces congestion. A co-ordinated rather than piecemeal response is needed urgently.”

The group is not concerned with small local areas, but with trying to reduce congestion across the city as a whole. It says: “Reducing or eliminating free commuter parking will reduce congestion and pollution, and create demand for public transport. Reduced congestion in the city will make bus services more reliable. The net effect will be to start a virtuous circle of more convenient and reliable bus services attracting more passengers, creating demand for an expansion in services.”

I cannot stress enough how good the Smarter Cambridge Transport paper is. If you don’t have time to read it all, I would recommend this article by Lynn Hieatt, published in the Cambridge Independent last autumn. It talks a lot of sense.

6. Residents Parking for the whole of Queen Edith’s?

The County Council now accepts the argument that free on-street parking acts as a magnet for traffic and therefore contributes to congestion. It is creating “a framework for the consideration of the introduction/extension of formalised Residents? Parking Schemes” and a “Parking Schemes Extension Delivery Plan”, both of which can be read here. These could be approved as soon as March. 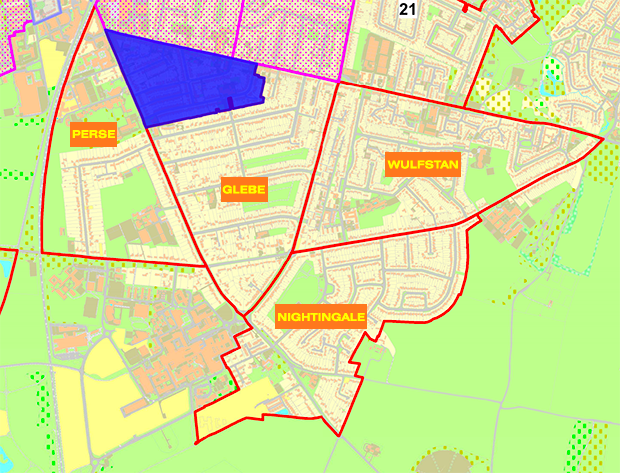 Under the council plan, almost all of the city will eventually get the chance to implement residents parking schemes. The outer areas of the city (including Queen Edith’s) will be divided into zones (above) which will have similar consultations as have been undertaken in the Morley Residents scheme. Again, in each case, if there’s a 50% response in favour, a residents parking scheme may be implemented in that zone.

As a bonus, it’s likely that the City Deal will support the move, and while any final decisions will be left to local residents, it is likely to offer some sort of financial incentive to encourage take-up ? possibly retrospectively including the Morley scheme.

The bulk of Queen Edith’s has been divided into four zones, in addition to the Morley zone. Our new neighbours in the Lichfield Road and Cherry Hinton Road areas will be part of zones stretching down from the Coleridge area.

Expect to be consulted some time in the next year or two about having a residents parking scheme in place across the zone where you live. I will of course try to keep you informed.

*Please note, after great soul-searching, I have decided to use ‘residents’ in ‘residents parking’ adjectivally, which is why there’s no apostrophe. These things matter. Now if only I could be consistent about capitalising ‘council’…