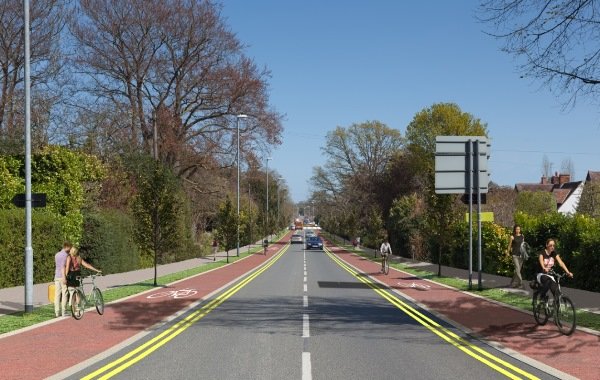 Last year the county council asked local people about walking and cycling on Queen Edith’s Way, and 67% of responders wanted improvements; during the past five years there have been 33 accidents along the road, 25 of which have involved a car and a cyclist. Today the council published alternative ways of implementing cycle lanes, including an idea which transplants the grass verge by the houses to separate the pavement and cycle lane. There’s also a plan for an innovative replacement layout for the Fendon Road/Queen Edith’s Way roundabout.

We can only hope that the council has learned big lessons from the seemingly never-ending Hills Road cycleway building project, and that Queen Edith’s Way – if it happens – will go much more smoothly. It also looks like for the Fendon Road roundabout, they’ve come up with something better than the awkward reprofiling of the roundabout on Perne Road. On this earlier project, the designers made the mistake of leaving enough pavement and verge all around the edge for people to park on, and of course that’s exactly what the idiots are doing, driving all over pavements and cycle paths to get to their precious parking spaces. More importantly, it’s tedious for cyclists to get around their separate outer path.

I’d urge anyone who lives on Queen Edith’s Way, or uses it regularly, to let the council have their thoughts on the proposals. The council is trying extremely hard to ensure that as many people as possible know about the project, and to give us the chance to have our say. This is not always the case with this sort of development, so it would be great to see them get a positive response for their efforts.

Things to do now

What to do if you have any comments

Finally, do feel free to forward this email to any friends, neighbours or families who live on, or frequently use, Queen Edith’s Way. 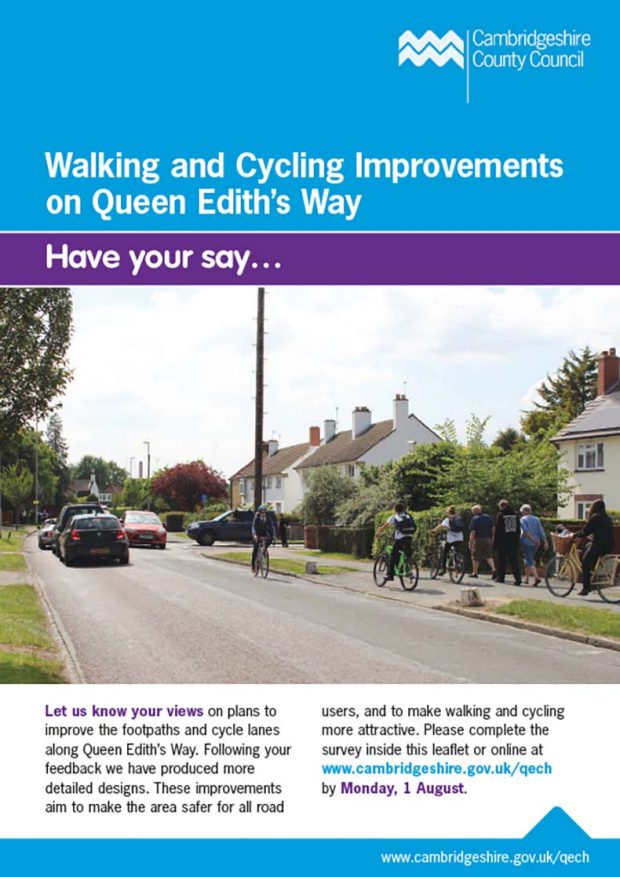