Although “The Marque” development on the corner of Hills Road and Cherry Hinton Road isn’t quite in Queen Edith’s, it casts a shadow over us both literally and figuratively. Now we hear that it’s been nominated for a major award – but don’t worry, the world hasn’t gone mad. The nomination is for the BD (Building Design) “Carbuncle Cup”, for buildings which are “unforgivably bad and deserve to be named and shamed”. A deserving nomination, I’m sure you’ll agree. 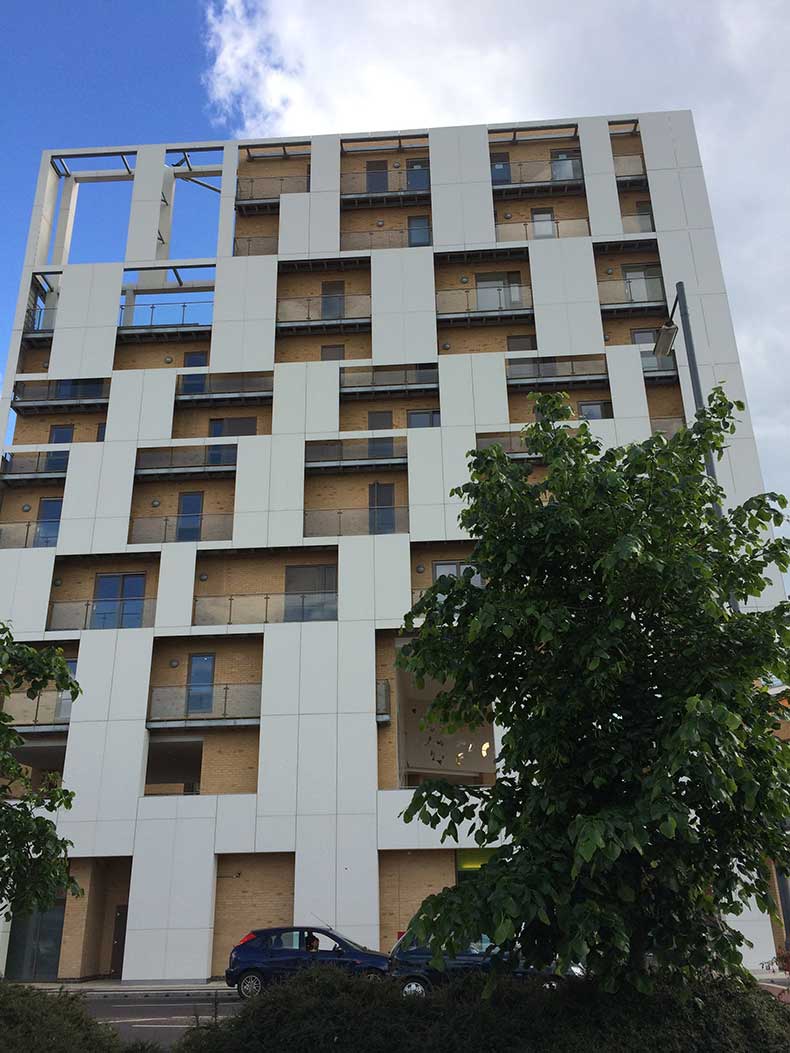 I tried to take a photo of this hideous abomination (above) to make it look as nice as possible, by including greenery in the foreground and cutting out the secondary building on the left which appears to have Portakabins on the top. I probably shouldn’t have bothered. One thing’s for sure: when the developers talk about the great views, they’re not lying: at least (unlike the rest of us) you don’t have to look at the thing when you’re standing in it.

See what The Marque is up against at the BDonline website (or here if you’re on a smartphone). I think it stands a decent chance, don’t you?