After directing a few criticisms at our local city councillors following the last South Area Committee meeting, I should report that the second such meeting of the year showed councillors at their best. In the planning section of a packed meeting, they were faced with what seemed like the entire population of Barrow Road in Trumpington, there to object to a proposed demolition and rebuilding of one of the houses in the road. The councillors listened carefully to the arguments, and had clearly done their own prior research, before concluding that the plans could go ahead – surprising, I thought, given the pressure they were under to say no.

However, for many of us here in Queen Edith’s, the main item on the agenda was the launch of the consultation process for the new Hills Road cycle paths. Armed with a fair amount of government money, the county council is planning to create wider and safer cycleways which go far beyond painting lines on the road. The paths will run from the Long Road junction to Cherry Hinton Road, as shown: 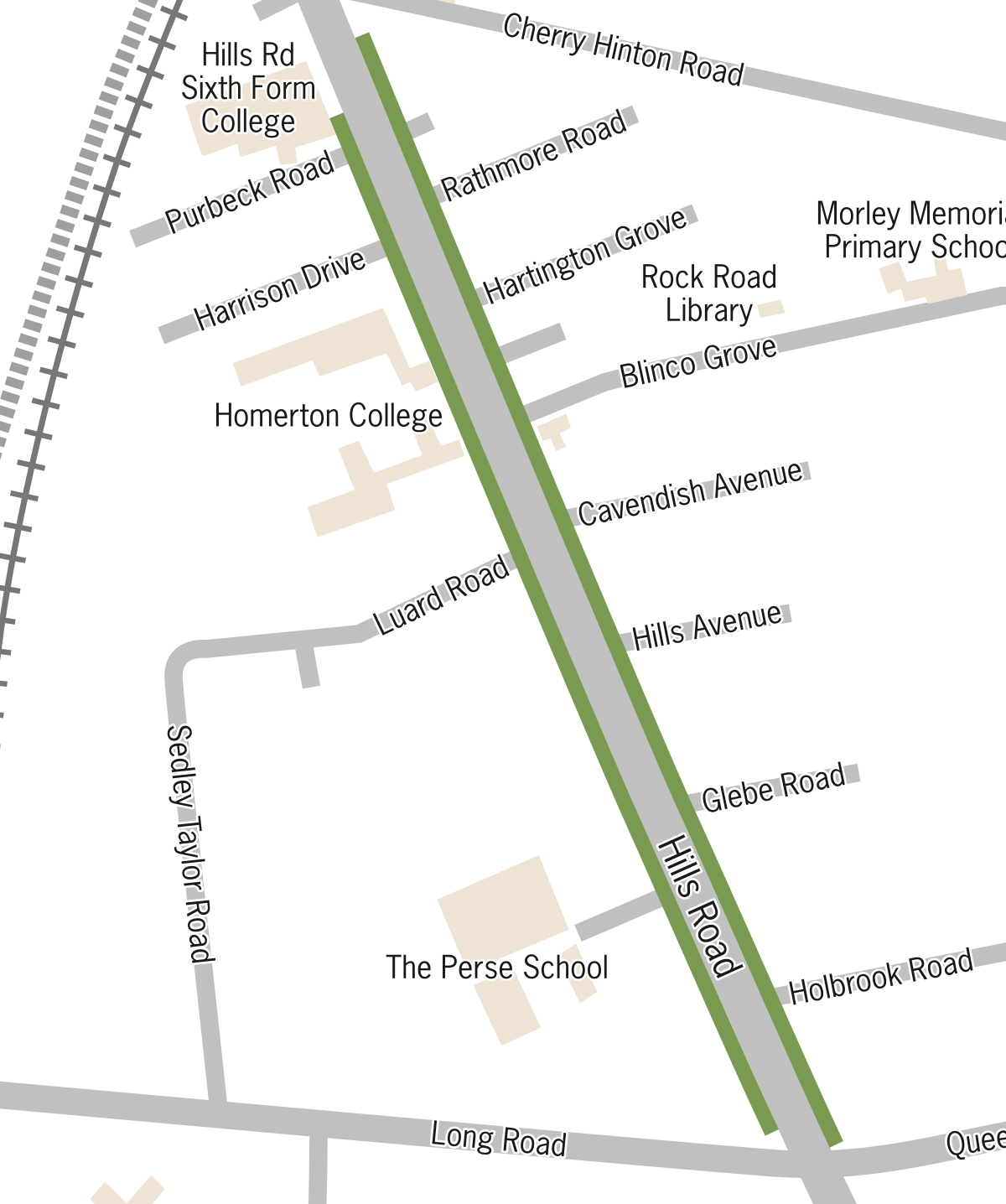 The plans include radical new “floating” or “island” bus stops, which are intriguing, but require a bit of thought. With these, the cycle lanes swing round between the bus stop “islands” and the pavement, avoiding the need for cyclists to have to overtake stopped buses. However, this means that bus passengers need to cross the cycle lanes to get to the bus. Who gets priority? This is just one of many things which needs to be worked out.

Importantly, the first of a series of events where residents can view the plans in more detail and ask questions takes place this Thursday, 6 March, between 5pm and 7.30pm at St John the Evangelist Church on Hills Road. I only heard about this a couple of days ago, so please spread the word amongst friends and neighbours who might be interested. There are further events planned at Addenbrookes (14 March) and the Perse School (26 March) if you can’t make this one.

The council is putting together a website here, which seems to be lacking images at the moment, but I hope it will contain significantly more detail in time.