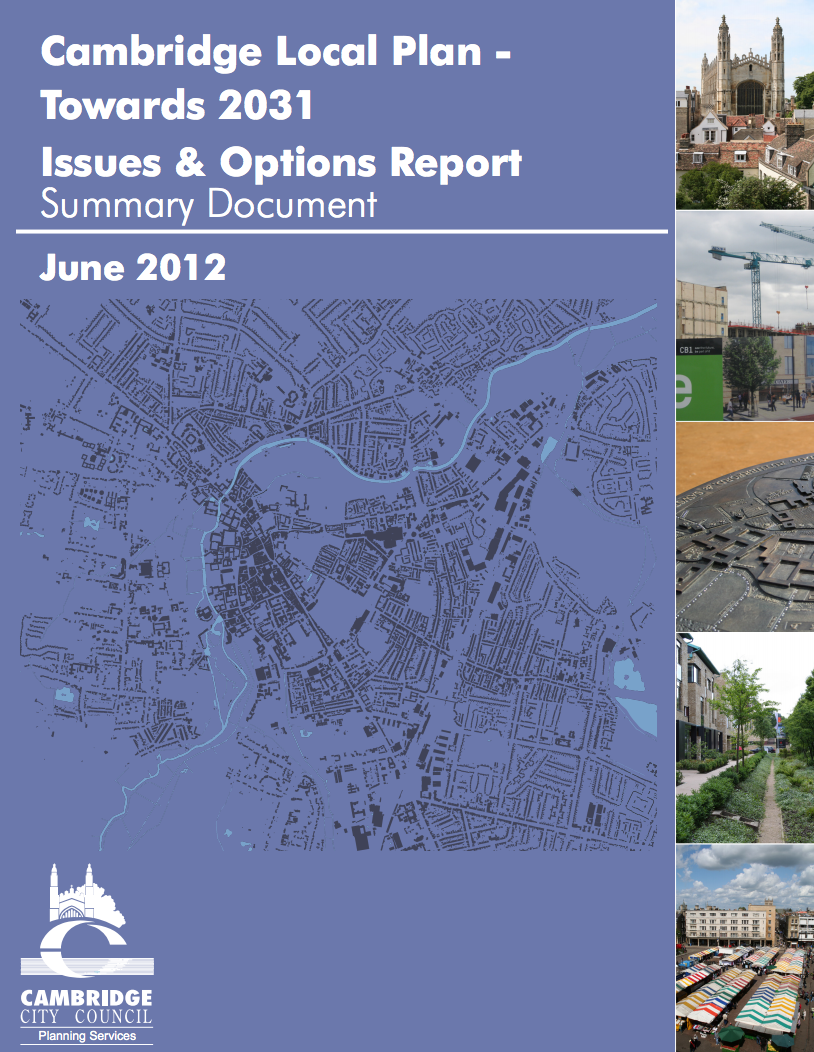 Slightly off-topic, but with some relevance to developments on Hills Road, is the Cambridge Local Plan, which will “set out the planning framework to guide the future development of Cambridge.” The public issues and options consultation is from 15 June to 27 July 2012, and for anyone interested, there’s a massive report, as well as some public exhibitions.

Having had an initial read, the headline stuff is all about whether the city should have widespread further development, and where this should be. But there are some relatively minor parts which could have a big impact on this part of the city, which is why I thought it was worth highlighting them here. In particular, Section 5 discusses the “Opportunity Areas” of Mill Road, “Eastern Gate”, land south of Coldham’s Lane and – importantly – “Cambridge Railway Station to the City Centre and Hills Road Corridor”. Now, this refers specifically to the part of Hills Road which is north of our part of the city, but I think it would be good to encourage the planners to consider having a policy for the southern part of Hills Road too. In particular, I believe that this most attractive of approaches to the city needs some protection, both to the greenery and the quality of the buildings. If it’s included in the strategy, and appropriate guidelines are laid down, it could make it much easier for unwanted future developments to be rejected.

If you’d like to comment (perhaps to the effect that the stretch of Hills Road from Addenbrookes to the Leisure Park or railway station needs its own specific policy), then here’s what to do. Firstly, visit the Issues and Options Report page on the City Council website. You’ll probably need to register (my existing registration for commenting on planning applications didn’t appear to be valid) but the process is very simple. Then scroll down to Cambridge Railway Station to the City Centre and Hills Road Corridor. Click through, and wherever there’s a pencil, you can have your say. However, I think the lilac boxes labelled “Questions” are the main places to do it. I had my say under Question 5.10 (“Are there any points which have been missed and you feel should be added?”) to indicate that I think the whole of Hills Road should be brought into consideration, not just the area from the railway station to the city centre. Indeed, perhaps all major approaches should have a policy; similar arguments could also be made for Huntingdon Road, Barton Road, etc. 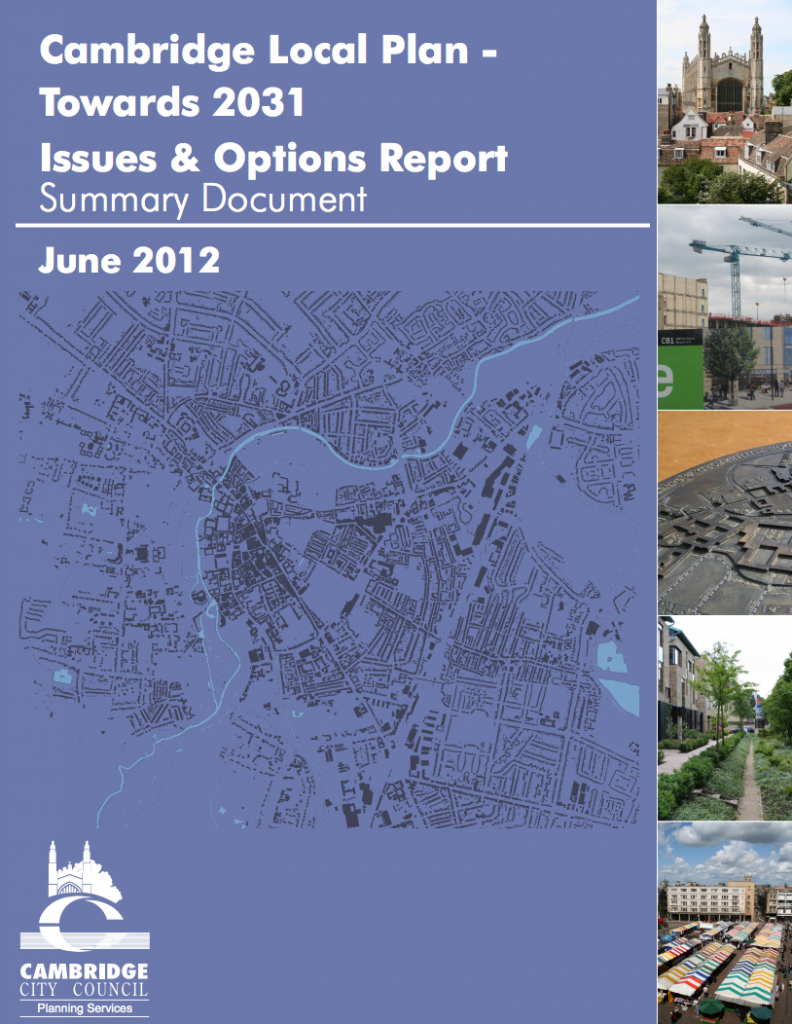 Above: Cambridge Local Plan – Towards 2031 – Issues & Options Report …a summary document from the City Council website. Click to download the document if you want to get a flavour of what the whole consultation is about.

2 Replies to “Hills Road and its importance to the City”