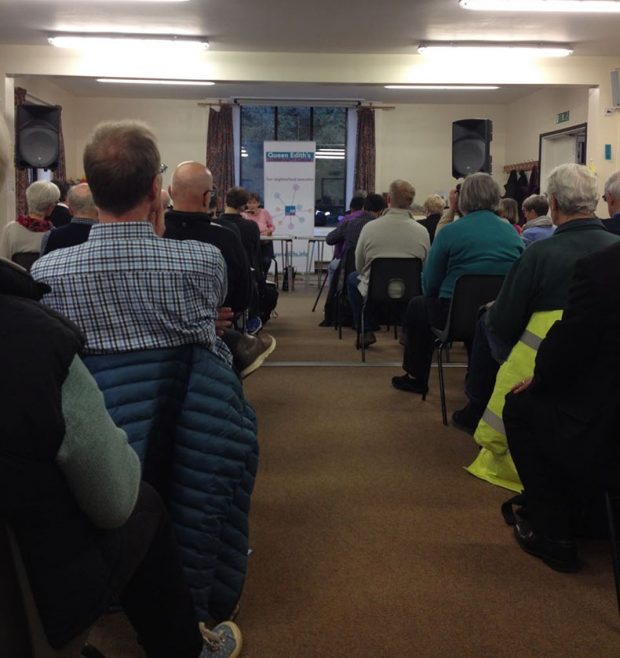 I don’t think many people are aware of how much building and development is brewing in our area. Some people know about what’s in the Local Plan. Some have seen what’s already being built. Others have looked at what the City Deal is considering. A few will be aware of what certain developers are speculatively proposing. But who’s put everything together to look at the overall implications? The Queen Edith’s Community Forum thought that someone should, and they’ve arranged a residents’ meeting to show the results. It’s at 7pm on Wednesday 13 July at St John The Evangelist Church on Hills Road, and all are welcome to attend. Indeed, I really think we all should. Whatever we think of the amount of building that’s proposed for the next few years, at least some of it is going to happen, and we need to make sure it works for us.

There’s more in the summer issue of the Queen Edith’s Community News publication, which I have the privilege to edit, and which should be dropping through your letterbox this time next week. There’ll also be a reminder in the weekly What’s On In Queen Edith’s email (get your copy here, if you’re not already on the circulation). But for now, make a note to come along. It’ll be a proper community gathering, and there’ll even be free refreshments!

Before our local meeting about the developments in the south of the city, there’s another one organised by The Cambridge Commons which aims to look critically at the City Deal and its implications. Potentially rather more opinionated than the Queen Edith’s Community Forum event, nevertheless it should be fascinating. Details are below, and I’ll be at both events for sure. 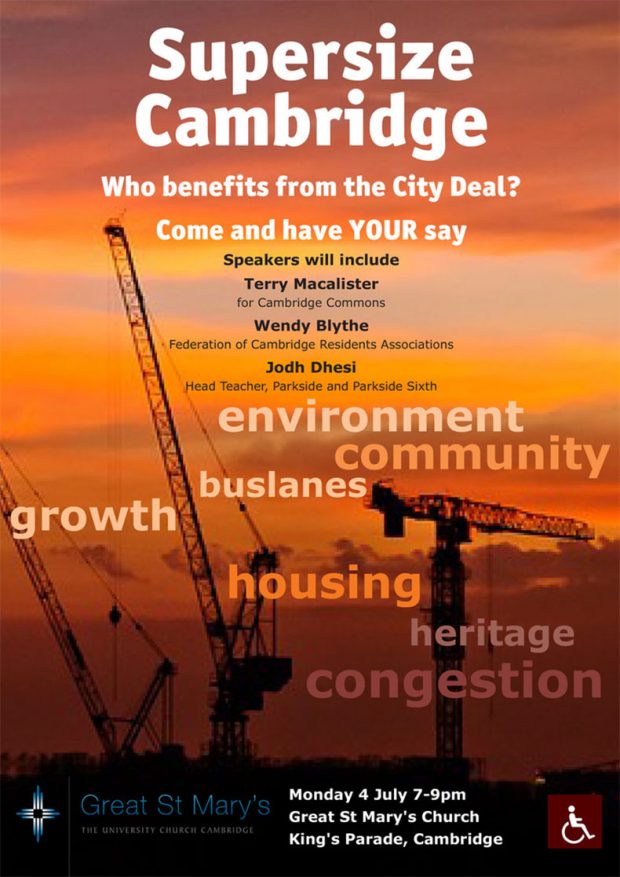