In this last of my five part series on the streets and transport, I’d like to bring you an update on where we are with the City Deal, because things have changed even since Monday. 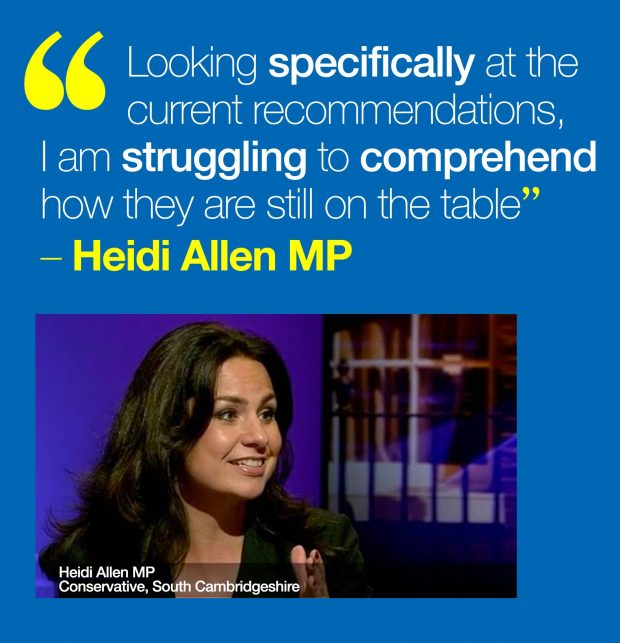 Thursday evening saw a meeting of the City Deal ‘Executive Board’, which is the very small group of just three councillors who get to vote on what gets done. There are also two other board members, supposedly representing the university and business, who don’t get to vote. About 60 members of the public and around 10 councillors were present, and the event was recorded by Antony Carpen (see below).

The main item on the agenda was to decide on the next stage of the “A428 Cambourne to Cambridge Better Bus Journeys” scheme. Bear with me if you think this hasn’t got much to do with Queen Edith’s. As I mentioned before, they’ll be turning their attention to the A1307 Babraham Road soon, so forewarned is forearmed.

It would be an understatement to say the Cambourne busway scheme proposed by the City Deal is unpopular. ‘Questions’ (or in most cases statements against the scheme) came from councillors, members of the public and others, and went on for nearly two hours. A couple of the presentations in my opinion demolished the case for the project as proposed. If you’re interested in an example, this is a good one.

But the biggest bomb was dropped by Queen Edith’s very own MP, Heidi Allen, who does seem to have lost patience with the City Deal. In that respect, I think she’s more in touch with residents both inside and outside of the city than the councillors who seem mesmerised by the concrete-and-bulldozer obsession of a couple of their officers. Ms Allen clearly didn’t like what she was hearing during the public objections, tweeting:

Not impressed by the seriousness w which the @gccitydeal board r responding 2 residents concerns. They must remember they r public servants

I hope I am wrong & am trying to be optimistic, but I have an uncomfortable feeling that the @gccitydeal have already made their minds up.

Ms Allen finally got to say her piece, and here is her statement:

Everyone living and working in the wider Cambridge region knows we need a transport and congestion solution. If we don’t rise to this challenge, as I know we can, we are in danger of bursting the bubble that is our economic miracle.
The City Deal has offered us for the first time, a real opportunity to get to grips with the challenge and I believe we can grasp it. But I’m afraid the current Cambourne to Cambridge proposals are piecemeal, short term and in my residents and business’ opinion, way off the mark; driven by spending deadlines rather than strategic vision. Today I am asking the Executive – the board – to pause and think again. Let’s get this right.
We have some of the brightest minds living and working in Greater Cambridge. And although, and I hope they will forgive me for saying this, they can make our work as public servants harder at times (!), they want to help. There are more imaginative, sustainable and effective alternatives being proposed and we must work together to find that right solution. That solution must work for commuters and residents, it must support our economy today and tomorrow, be forward looking with inbuilt capacity and absolutely must complement other infrastructure projects.
Looking specifically at the current recommendations, I am struggling to comprehend how they are still on the table. For months now, I have made it abundantly clear to the City Deal team that I would not support the route known as “Area 1 South” or latterly “3/3a”. While the value in connecting Cambourne and Madingley Mulch is clear, and those routes are not so contentious, it is the remaining section of the journey, from Madingley to Cambridge that concerns me.
The consultation responses alone overwhelmingly reject this route. At a ballpark cost of ?140million, the benefit to cost ratio of 0.21 represents unacceptably poor value for taxpayers’ money, well below the usual threshold for public spending on infrastructure of 2.
The City Deal have already rejected other projects, for example the Haverhill rail initiative on that basis, so why have a different set of standards now? This route also has the worst environmental impact and doesn’t even connect into the city centre.
We are a powerful team in Cambridgeshire and I believe some of the suggested alternatives are well worth exploring further; light rail and a park and ride at the Girton interchange. For my part, I spoke yesterday to the Secretary of State for Local Government, Sajid Javid, and he has promised me he will look into extending our spending deadline.
We are on the verge of a devolution deal which will give us greater control over our infrastructure funding and allow us to look holistically at transport solutions. The City Deal money must of course be ring-fenced purely for the use in the City Deal region, but we would be fools to press ahead with this scheme when access to greater funds and control are just a few months away.
An email from Councillor Lewis Herbert to me this morning suggests the board do see the benefit in joining up these funding and governing initiatives. Please know I would support you every step of the way.
So today I implore the Board to stop wasting further public money by pursuing option 3/3a. Because it is public money, it’s not your money, it is not the council’s money, it is these people’s money. We are public servants, and we need to be able to look ourselves in the mirror when we spend that money. We have to get this right for our residents, our environment, and our economy. Do you have the courage to go back to the drawing board? Because if you do, I am with you.

Some council committees might just hold their hands up and indeed “go back to the drawing board” in the face of political pressure like that, social pressure from residents, and technical pressure from people who clearly understand the issue. But not here. What we did get, eventually, was a bit of delay pending further investigation, which was generally welcomed. You can listen to the response from City Council leader Lewis Herbert straight after Ms Allen’s speech in the video.

There didn’t seem to be any sign of a discussion within the board about even the possibility of dropping the busway scheme. Instead, the outcome of the meeting was that the City Deal officers were asked to reassess some of the busway routes they’d previously proposed ruling out. In other words, we’re getting it – in one form or another – anyway. We’ll see where this goes.

One of the worst aspects of the City Deal is the government-imposed deadline on getting the first ?100million spent. It’s great news that Ms Allen is trying to use her influence in government to get this extended. Interestingly, however, as she mentions, this brings us into the timeframe of the devolution arrangement potentially coming into being. I assume that political shakeup could change the governance of the City Deal, if transport issues came under the jurisdiction of the mayor’s office.

Meanwhile, there are a whole string of positive, alternative ideas coming forward from the public and from experts.

Smarter Cambridge Transport’s Rebooting The City Deal event on Friday night filled the hall at Wolfson College to standing room only. Once again, we were fortunate enough to have Antony Carpen record the occasion. His videos can be seen here – and you can watch some of the reactions from those who attended:

One of the most important statements of the evening came from the Cambridge city MP Daniel Zeichner, who backed up our South Cambridgeshire MP (above) in calling for the City Deal to be put on pause: 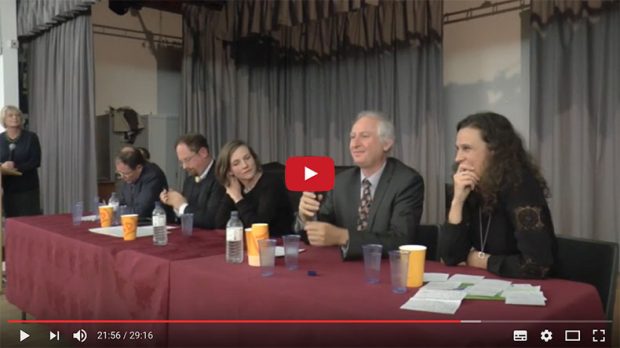 Mr Zeichner said: “Given the strength of feeling I would put it (the City Deal) on pause for the moment. I would go back to government and say we’ve got a muddle here in terms of the structures, roll the money together from stage one and stage two, and look seriously at creating a local transport authority.”

I am sure the pressure will be kept up on the City Deal from across the city and wider region for as long as it takes.

If you’re interested in some further reading, I’d recommend taking a look at the 8-page brochure for the Rebooting The City Deal event (full disclosure: I produced this!). You can download and read it here.