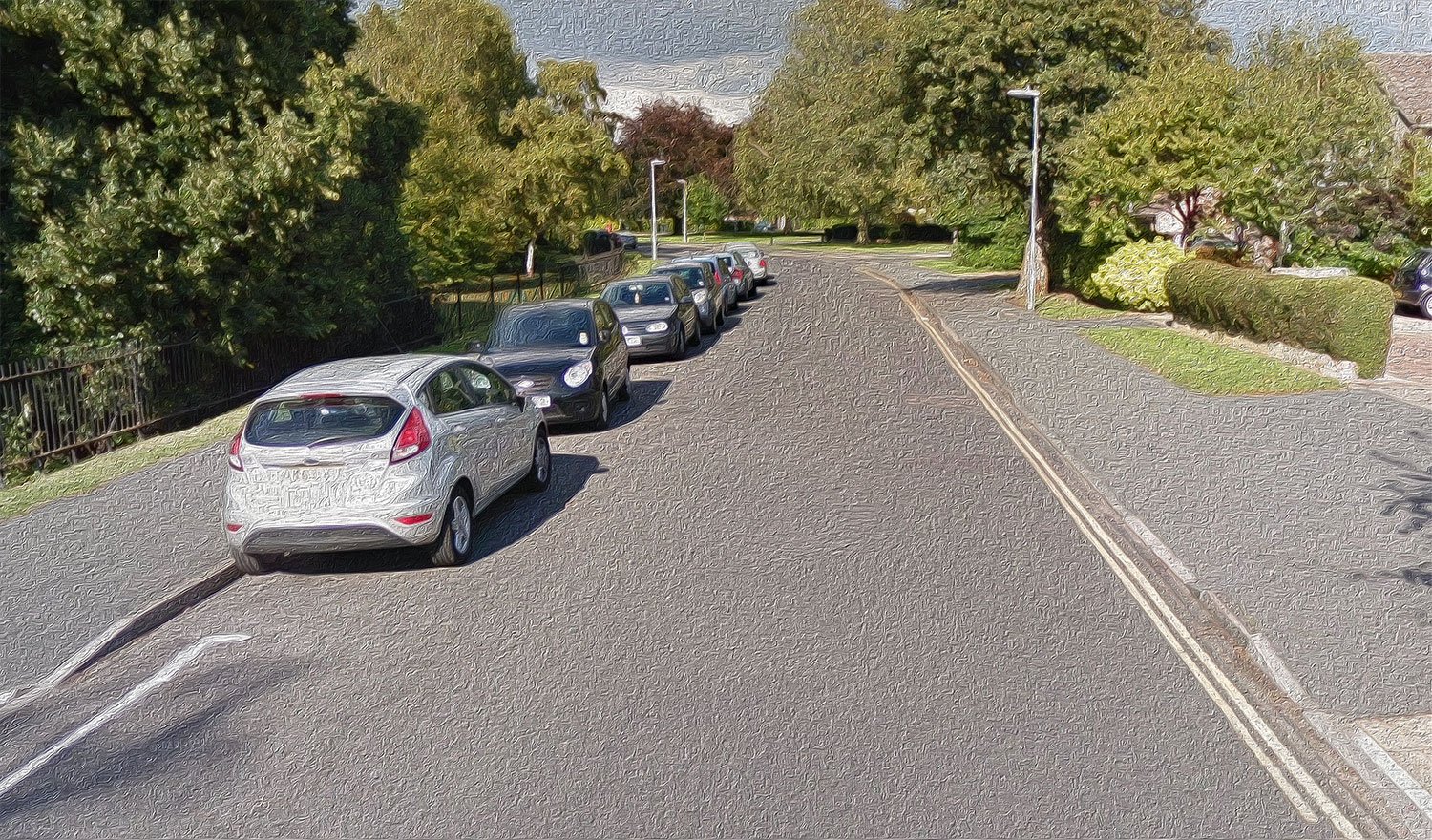 About five weeks ago, the government sprung yet another surprise on local authorities, this time an ‘emergency active travel fund’ of £250M to be used to deliver pop-up cycle lanes, wider pavements that allow for social distancing, safer junctions, and cycle and bus-only corridors. This is of course very welcome, although inevitably the Byzantine structure of transport management in Cambridge makes any coherent planning very difficult indeed.

In the end, various ideas were quickly worked up that included input and funding from the Government, Cambridgeshire County Council and the Greater Cambridge Partnership (which includes Cambridge City Council). Here, for example, are the GCP ideas.

The scheme welcomed input from the public and local organisations, but it’s a shame that side of things couldn’t have gone further. The Queen Edith’s Community Forum held a community workshop just a few months ago which had produced some joined-up thinking that was exactly what was needed. One of the significant outcomes was the idea that we should promote the Red Cross Lane – Nightingale Avenue – Wulfstan Way route as an active travel route: somewhere people would want to be, and the primary access to the hospital from this direction for people on foot and bike. More of that in a moment.

I think the idea of experimenting with changes, to at least see if we can keep streets quiet while we remember how nice it’s been, is a good one. The reduced traffic in recent weeks has brought home to many people how subservient we have become to motor vehicles, with our neighbourhoods split up by the almost insatiable need to get cars (mostly those just passing through) from A to B as quickly as possible. It’s been lovely to see families able to socially-distance by walking down the middle of a residential street, or the sight of kids playing in the road for the first time since, I don’t know, 1980 or something.

The local authorities’ plans consist of dozens of small local changes throughout the county which they think will have a positive impact. In Queen Edith’s, the main recommendations are blocking a couple of well-known rat-runs through residential streets, Nightingale Avenue (used to cut through from Hills Road to Queen Edith’s Way) and Sedley Taylor Road/Luard Road (used to cut through from Long Road to Hills Road). This will be done by creating a barrier to motor traffic at a point on the street. Pedestrian and cycle movements would not be blocked, and indeed would be made easier.

It’s important to note that these appear to be experimental changes, an approach which many progressive groups like Smarter Cambridge Transport have been promoting for a long time. However, we do need to know if these are truly ‘experimental’ or whether they are ‘temporary’. The distinctions have different implications for the permanence of the arrangement.

The Nightingale Avenue proposal seems to have created the most reaction. According to the paper to be put to the County Council this week, motor vehicles will be prohibited “at all times on a short section of Nightingale Avenue between Rotherwick Way and Topcliffe Way.” This would stop through motor traffic, and would mean some residents of Nightingale Avenue and beyond would only be able to drive to their homes from Queen Edith’s Way, and others only from Hills Road.

One resident who does not like the plan has decided to take some positive action and create a petition against it. In it he says that “The proposal is unlikely to reduce traffic volumes; it will simply divert more traffic onto the Queen Ediths Way / Fendon Road roundabout and put more pressure on the Hospital roundabout”. The petition has gained a lot of signatures.

Residents from further afield have also been in touch expressing reservations. One – from Field Way – tells me: “We shall continue to require reasonable motor vehicle access to our home from all directions and these include the essential Nightingale Avenue. To squeeze Nightingale Avenue traffic into Fendon Road and Addenbrooke’s Roundabout will add significant delay – and pollution – to what in normal times gives rise to much congestion and delay, ill- temper and so poor driving.

However, another Nightingale Avenue resident writes to say: “I’d be very happy to see it closed to the 90% of traffic which is ratrunners. Yes, there is the occasional journey when it’ll be less convenient than before, but most of the time it’ll just be a much nicer environment. And of course, it being a bit less convenient to drive for short journeys is part of the point: it shifts the balance in favour of active travel. More journeys become quicker by bike or walking. For long journeys to another town or the other end of the country, having to go via the main roads makes no significant difference.

“The Dutch understood the importance of quiet residential streets decades ago. We British have come to the idea late, but I think more and more people get that it’s time to make changes.

“Think about the places in Cambridge where roads are filtered, like St Andrews St, Riverside, Rustat Road, or the lesser filtering of Grange Road or the one-way-at-a-time section on Baldock Way. Do you think those residents would want to open them up to ratrunning now? It’s easy to think about the inconvenience of change, but harder to imagine the advantages. Similarly would the town centre really be improved by allowing through-traffic back in?”

Fortunately the local councillor under whose remit the scheme falls is Amanda Taylor, one who makes the effort to keep us all informed about what she’s doing. Amanda has been on the case, and writes: “We are disappointed that neither body (the County Council or the Greater Cambridge Partnership) sought advice from councillors or local residents as to which roads would benefit from changes, or the form those changes might take.

“Councillors do not have a vote or a veto on the schemes, although we will be meeting the GCP to discuss the details of the road closures, while the schemes are being developed. This will provide an opportunity to incorporate feedback we have already received from residents, and to make recommendations.

“There has been a broad mixture of views, both strongly for and strongly against, particularly in the case of Nightingale Avenue. We will do our best to get the GCP to address people’s concerns.”

With the Nightingale Avenue scheme, it’s essential that any changes are introduced in conjunction with improvements to Red Cross Lane, to complete the desired access to the hospital. Sorting out the madness of the parking arrangements there seems to me to be of far greater importance than the other roads being looked at. The Red Cross Area Residents Association has been active on this one, as well as councillors and local activist Sam Davies, who has taken up the issue on their behalf with the County Council. The potentially good news resulting from this is that Red Cross Lane has now been added to the list of interventions, using some of the Government money rather than the GCP’s, although the only information we have is the label: “Temporary measures in advance of permanent works to improve cycle access”. Presumably this means to Addenbrooke’s.

The other experiment listed for our area is also a road closure, this time in Luard Road, by Luard Close. This would stop hundreds of vehicles a day from using that road (and Sedley Taylor Road) as a rat run, although I worry with this road closure that it will lead to many cars driving the whole length of Sedley Taylor Road and most of Luard Road, to then be met by a barrier and have to turn around.

However, if the number of vehicles exiting on to Hills Road can be dramatically reduced, that would be great news. At this exit, vehicles have to cross a particularly busy footpath and two-way cycleway as well as the main cycleway. Many drivers simply appear to be unable to cope with this at peak times, and collisions and injuries are frequent.

Unlike Nightingale Avenue, I haven’t heard of any objections to the idea from local residents, but perhaps the local councillor has. Unfortunately for Luard Road residents, the County Council has now – absurdly – seen fit to declare their road as being in Trumpington, and the councillor there isn’t nearly as informative as the one in Queen Edith’s, so I don’t know.

One final question is this: has the County Council done any modelling on the impact on the wider road network? The Hills Road / Long Road junction is already at capacity, as is the Addenbrooke’s roundabout. And what will be the impact of the reopening of the Fendon Road roundabout?

We shall find out on Tuesday if the schemes get the go-ahead.

7 Replies to “Are experimental road closures at least worth a try?”