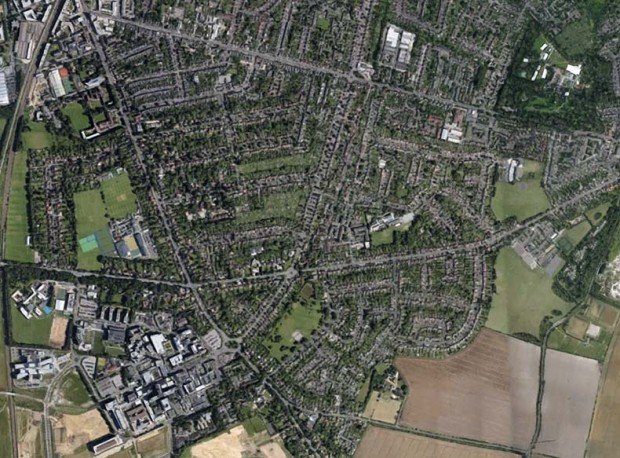 First of all, a happy new year to all fellow residents of Cambridge’s most idiosyncratic ward. We may not have a village centre, or signs naming our part of the city, and we may not even be represented by the city’s MP, but I’d like to think Queen Edith’s is steadily continuing to develop more of a character as it grows in importance. It was great to play a small part in the relaunch of the Queen Edith’s Community Forum in 2015, and I hope that the organisation will be able to continue to do good things this coming year.

So what do we have to look forward to? In February there’ll be the final decision from The Local Government Boundary Commission for England on the new county council ward divisions. This might sound a bit inconsequential to most residents, but I can see the city council eventually moving to the same boundaries, and this having an impact on the parliamentary arrangements too. I was the original proposer of the Boundary Commission’s current plan to ‘merge’ Queen Edith’s with Trumpington in a double-sized ward, at least for the next few years, and I’m hoping they have the courage to stick to this idea in the face of extensive opposition from political parties. It’s the only way that I can see for Queen Edith’s to remain the true southern gateway to the city.

The big planning issue of the year will continue to be the The Greater Cambridge City Deal, under which a group of local politicians and representatives of businesses and important organisations are deciding how to spend ?100m of government funding for transport and infrastructure improvements to cope with 33,000 new homes and 45,000 new jobs. There’s also more money to follow, making this a once-in-a-lifetime opportunity for Cambridge to alleviate its transport problems and possibly even show the world how things can be. Sadly, the headlines from the first year of discussions seem to have focused on stupefyingly unimaginative suggestions such as more bus lanes and congestion charging. We hope for so much better, especially now that the expertise within the population is now being encouraged to come forward. Let’s hope that organisations such as Smarter Cambridge Transport and many others are truly listened to, and not just paid lip service. Let’s also hope that the transport operators are included in the planning too; if councillors actually listened to the people who provide the services, perhaps they wouldn’t make insane, spiteful decisions such as charging to park at the Park & Ride sites.

Approval of the Cambridge and South Cambridgeshire Local Plans (which will guide the development of the whole region for the next 15 years) meanders on. The local councils will be submitting proposals to address the inspectors’ concerns in March, and we’ll have to see where things go from there. For now, the Councils are still seeking our views (until 25 January) and if you want to get stuck in, the Cambridge and South Cambridgeshire Modifications Consultation Report is here. One of the most noteworthy developments may be an extension of the Addenbrookes Biotech Campus further to the south. If you want to talk to council representatives about what’s happening, there are one or two exhibitions left before the closing date.

In May, we have two elections. There’s the Cambridgeshire-wide election for a new Police & Crime Commissioner. The cynical amongst us will say that he was already chosen when the Conservative party adopted their candidate, but nevertheless, those of us in the parts of the county which don’t just automatically vote for anything with the word “Conservative” after it might at least want to hear what the other candidates have to say. The Conservative candidate, Jason Ablewhite, is already chairman of the Police and Crime Panel, which oversees the Commissioner, and chaired the appointments panel for the rather non-transparent recruitment of Alec Wood, the County’s new Chief Constable. So expect business as usual from what looks like a cosy little cartel.

Rather more interesting should be the election of a new city councillor here in Queen Edith’s (and indeed in every ward in the city). With councillors having to be elected every four years, the post in question is the one which was last voted for in 2012. If you remember back that far, however, 2012 was the election won by Labour’s Sue Birtles in the ward’s biggest-ever upset. Sue resigned mid-term, and the seat was won by Viki Sanders in the by-election, so it’s once again a Liberal Democrat defence. I have no news on any of the candidates who will be putting themselves forward, but I do believe that at least two (if not all) of the three largest parties didn’t have anyone in mind as recently as before Christmas. So unless they can find some enthusiastic new local candidates, we could see some old faces (perhaps reluctantly) standing again, or candidates drafted in from other parts of the city. Neither possibility fills me with excitement.

It’s unlikely that the overall balance of party political power in Cambridge will shift away from Labour at this election, but the city-wide prospects are excellently documented by local blogger Phil Rodgers here.

The Queen Edith’s Community Forum hopes to build on its achievements of 2015: the Community Action Morning (“Skip Day”) in the summer, the Winter Festival (Wulfstan Way Christmas lights switch-on) and the residents’ newsletter. These require funding from local organisations and businesses in the form of advertising through the newsletter, so if you think this might be something that could be mutually beneficial, please email the team there. There are lots of local developments going on, such as the redevelopment of the pavilion at Nightingale Park (for which funding has now been secured), and plenty of others in the pipeline. If you’d like to get involved with the Queen Edith’s Community Forum, again, please email the team there. We really can guide what gets achieved in our area.

And what else is available for you to make a difference in 2016? Whether it’s for yourself or for the area, local blogger Antony Carpen has written this terrific guide on his A Dragon’s Best Friend blog. Want to get fit but not through sport? Want to try something musical without playing an instrument? Want to get involved with local politics but not join a political party? Antony’s article has loads of ideas. Have a read.