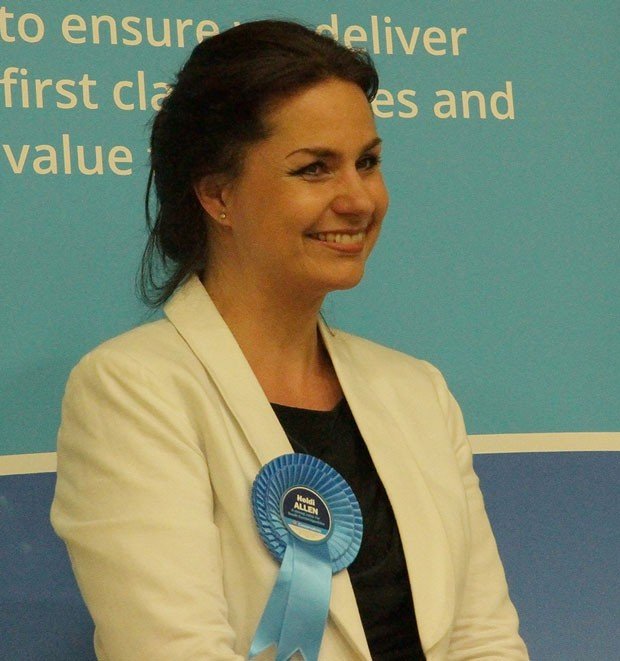 Heidi Allen is the new Member of Parliament for South Cambridgeshire, following yesterday’s election. Although the result was widely predicted by almost everyone, Heidi performed far better than even her most optimistic supporters hoped; her aim was to get somewhere near the vote share of her predecessor, Andrew Lansley, but at 51%, she polled higher than Andrew ever had. More importantly, with the collapse of the Liberal Democrat vote nationally being echoed in South Cambridgeshire, Heidi increased her party’s majority from 7,800 to well over 20,000, catapulting the constituency into having what will probably be one of the 20 largest majorities in the country.

Queen Edith’s Online was privileged to be invited to attend the election count – by Heidi! – and she had this to say to us, at nearly 5am in the morning:

It was a good night too for three of the other four candidates. Labour’s Dan Greef, a distant 4th place with the bookies beforehand, saw an increased vote take his party into 2nd place for the first time in the 18-year history of the constituency. Both Marion Mason (UKIP) and Simon Saggers (Green) more than tripled their parties’ small share of the vote, and all five candidates received sufficient votes to have their deposit returned ? this only happened in about 5% of constituencies last time.