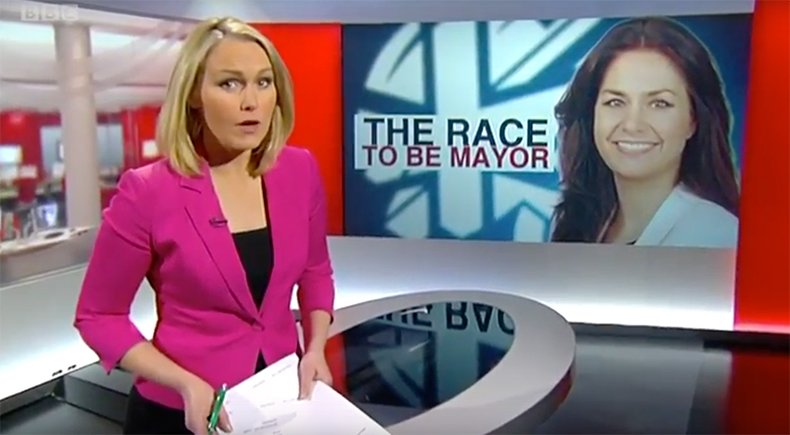 So one minute I’m sending out details of back-garden housing developments to friends and neighbours in Queen Edith’s, and the next minute I’m summarily hauled on to BBC Look East to pontificate about the Cambridgeshire Mayoral election! Funny old world. Anyway, I had to post the video here somewhere, so thought I should use the opportunity to let you all know about the latest happenings in the mayoral race. Bear with me. It’s not as boring as it sounds.

Last weekend was the one which put the mayoral election into the spotlight. Although we’re all getting a vote on 4 May, the huge juggernaut of the Conservative Party vote in the rest of Cambridgeshire more or less makes the result a foregone conclusion. Sorry, but that’s the way it is. However, for once there was a chance that the Conservatives might not give us a boring old man in a suit, thanks to the inclusion of Queen Edith’s very own MP Heidi Allen on the shortlist.

Apart from not being one of those old men, Mrs Allen would have been an inspiring choice for the Conservatives because it’s clear she has broad cross-party appeal. Few Labour, Lib Dem or Green voters I know have anything bad to say about her. She also has all the vital connections at Westminster. Any party wanting to maximise their vote would have selected her instantly.

However, with their vote more likely to be weighed than counted, the Conservative Party doesn’t need the candidate which will get them the most votes. They could select a park bench and still win, and they know it.

And so it was that Mrs Allen came sixth out of six candidates amongst the party hierarchy’s selection committee. Some have suggested she wasn’t chosen because they must have decided she couldn’t do the mayor’s job and that of an MP simultaneously. Because Theresa May can’t be an MP and Prime Minister, right? They’re wrong, of course, and you won’t hear the selection committee claiming that was the reason. Others say it was because she’s a woman, and a relatively young one at that, but this is the same party which has selected two female MPs in south Cambridgeshire recently, so I don’t believe it’s that either.

No, I reckon the reason that five less inspiring men all got more votes than Mrs Allen was that she’s known to have a mind of her own. And that’s what I got asked on BBC Look East to say. I was quite honoured: they only asked me and, er, Jeremy Corbyn for our views. Take a look (it’s just a couple of minutes):

Eventually the Conservative Party chose James Palmer as its candidate. Mr Palmer, from Soham, is leader of East Cambridgeshire District Council. I don’t know enough about him yet, but I’m sure we’ll be hearing more before election day. I hope so, anyway.

Congratulations @CllrJamesPalmer on securing the Conservative mayoral nomination, pls let me know if I can help Devolution must be a success

So does my warning on the TV about the entire ballot paper being “pale, male and stale” have any foundation? Well, the Liberal Democrats have chosen Newnham councillor Rod Cantrill as their candidate, UKIP has chosen its County Council group leader Paul Bullen from St Ives, and there’s the interesting independent, well-known local businessman Peter Dawe. The Labour Party has yet to announce its candidate, but I’m told that King’s Hedges councillor Kevin Price is the favourite. All are, I’m sure, perfectly decent people who would do their best if elected. But I’m left with the nagging feeling that they don’t represent the broadest cross-section of society.

However, the week went on to perk up considerably for those of us hoping for a slightly wider demographic from which to choose. Why? Because the Green Party sprung on us the news that their candidate would be Julie Howell, a parish councillor from Peterborough. As ever, indefatigable local newshound Antony Carpen has already been to find out more, and he interviewed Ms Howell on Thursday night:

Is Ms Howell the candidate we need? Who knows, but I’m so pleased there’s at least going to be a bit of variety available when we get to vote. I promise not to bang on about the mayoral election any more. Well, not until until much nearer the time. Unless I get on the telly again or something. (Hi Mum!)

2 Replies to “Pontificating about the Mayoral election on TV”