The background to our 2015 city council election in Queen Edith’s is here. This is the fourth in a series of introductions to each of the five candidates. 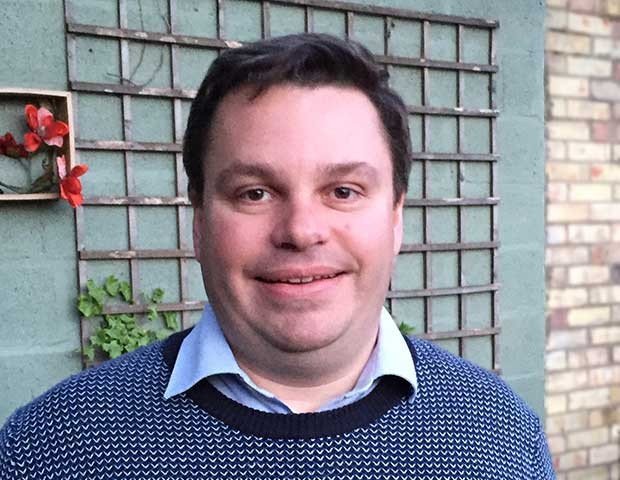 Software engineer Andy Bower has spent most of his adult life in Cambridge and has stood for council in different wards on several occasions, including the 2014 Queen Edith’s byelection. Although the city council has been dominated by the Labour and Liberal Democrat parties for a long time, Andy says he has been inspired by the impact which a single Conservative councillor in a ward can have (as has happened in the recent past in all three surrounding wards). “This improves the quality of work from the other councillors”, he told Queen Edith’s Online.

Andy is a fan of more strategic approaches to issues. As an example, he points to the deteriorating states of pavements in our ward and beyond. If they’re only fixed in order of which ones get the most lobbying, as seems to happen, it doesn’t solve the underlying problem of not having a proper cycle of replacement. “I’m not sure we should be fighting between wards for a better share of the pot”, he says. “Some things would be better organised across the city”.

“Another thing I’ve found is that councillors often don’t follow through on the powers that they have”, Andy says. He’s watched many campaign on an issue, then when it comes to an opportunity to get something done, not tabling any amendments or motions. Andy says that he wouldn’t let that happen. Certainly he has made his presence felt at South Area Committee recently, speaking from the floor, sometimes to considerable effect. I would expect this to be the minimum demonstration of commitment from a prospective councillor, but it rarely happens, and Andy has been exceptional in that respect.

One Reply to “Our local council candidates – (4) Andy Bower”