The background to our 2015 city council election in Queen Edith’s is here. This is the second in a series of introductions to each of the five candidates. 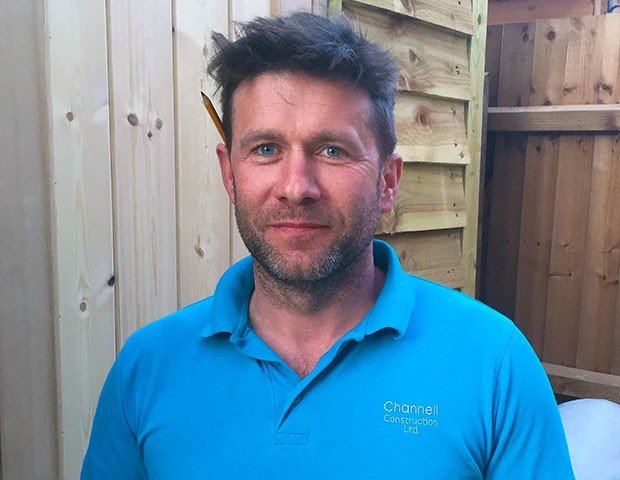 Candido Channell runs a local construction company. He was born at the Rosie, went to school at Queen Edith and then Netherhall, and served his apprenticeship locally. “I can remember when the Cattle Market had cattle there – I’m about as local as it gets”, he told Queen Edith’s Online. He is also an ex-soldier, who served with 9 Parachute Squadron, Royal Engineers.

Candido says: “I’ve done everything that’s been asked of me as a citizen – pay my tax, learn a trade, do your YTS and be prepared to put your life on your line for your country. But I’ve become so disillusioned with politics which doesn’t work. I’ve always wondered on a local level, why are the paths such a state? Why is there so much litter? Why is there dog c**p where you go with your kids? They’ve got so many people, so much money… and I just don’t understand how they get it all so wrong”.

A while back, he looked at UKIP and thought that the party “seem like real people, like me” – unhappy with how things are but wanting to do something about it. So he got in touch with the party and pointed out that he wasn’t even able to vote for UKIP in Queen Edith’s. Their reply was to suggest that he stand as a council candidate himself, and he decided to go for it.

Although accepting that UKIP can polarise opinion, Candido comes across as being determined to offer an option for local residents who want to vote for a practical, down-to-earth person. Apart from offering voters in Queen Edith’s the chance to vote for UKIP, he fully intends “to try to meet everybody and shake everybody’s hand, and knock on as many doors as I can.” He concludes: “I just look at things and think I just can’t stand by. What can I do? Give UKIP a chance, maybe put them on the map and start getting taken seriously”.