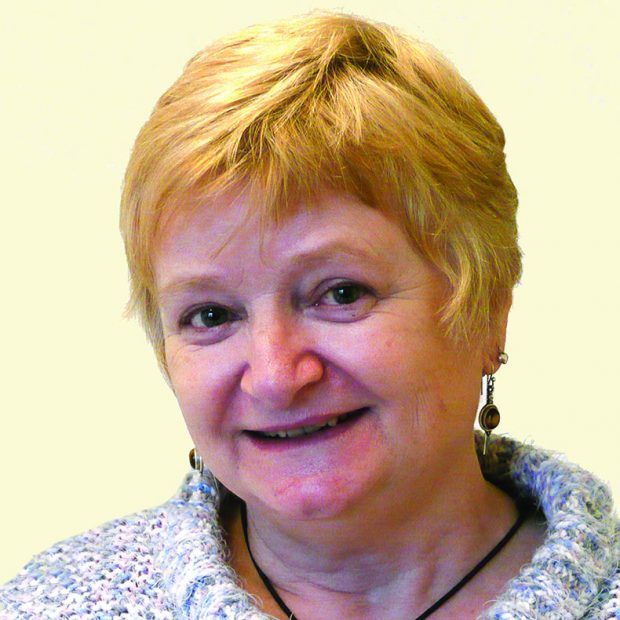 Jennifer Page-Croft of the Liberal Democrats has been elected as our new councillor in Queen Edith’s. Jennifer received 1189 votes in Thursday’s election, a 43% share. This represents a big rise for the Liberal Democrats, reversing a trend and making Queen Edith’s probably the ‘safest’ Lib Dem council seat in Cambridge. Jennifer joins George Pippas and Tim Moore as our city councillors, with Amanda Taylor as our county councillor.

We won! Thank you to everyone who voted for our new Queen Edith's Councillor J. Page Croft pic.twitter.com/fal7ie0vry

Here are the full results, and how the party vote shares have changed: 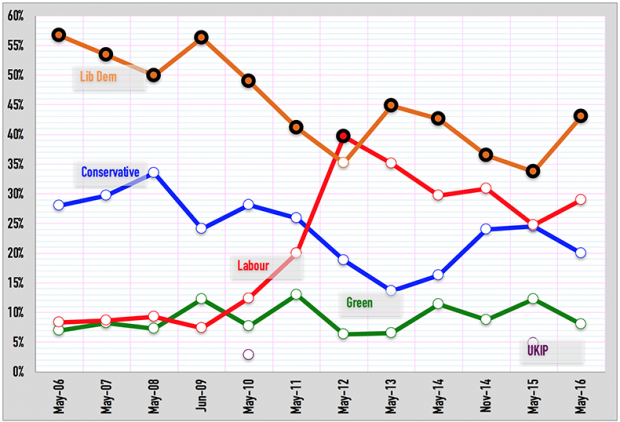 Across the city, there was a general shift leftwards. Labour was the overall winner, gaining two seats, Romsey and West Chesterton, from the Liberal Democrats. The party also increased its majorities in the seats it held. Meanwhile, the Liberal Democrats took our neighbouring ward of Trumpington from the Conservatives. The results from this year show a stark party divide across the city: 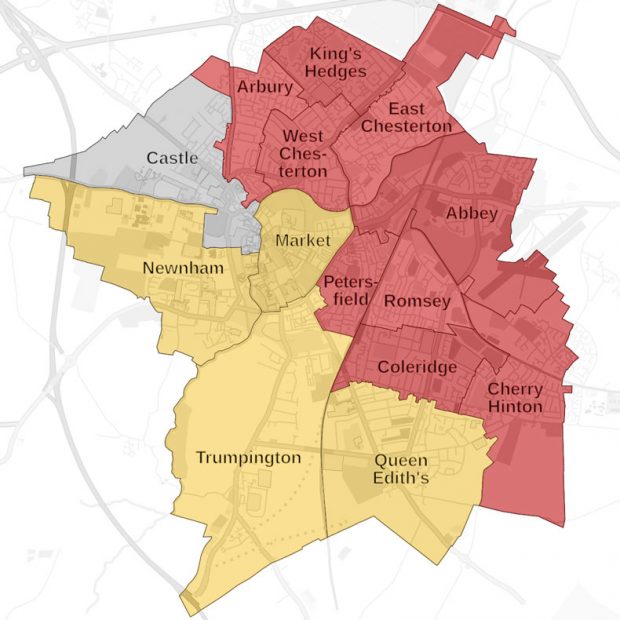 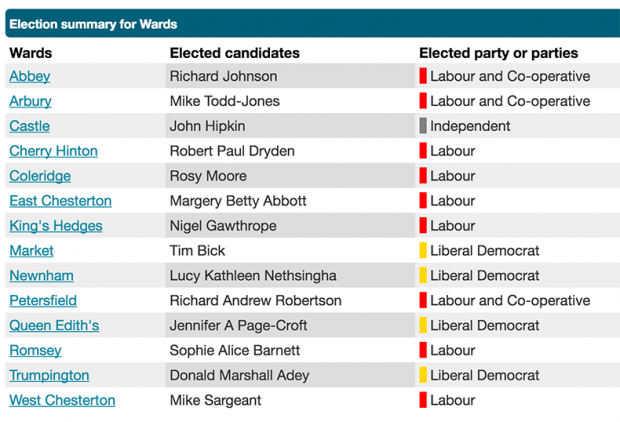 Overall, the council makeup is now:

Congratulations to Jennifer Page-Croft, who we’re sure will be another good councillor for the area. Commiserations to the other three candidates, who all helped to make it such a clean and honourable campaign.