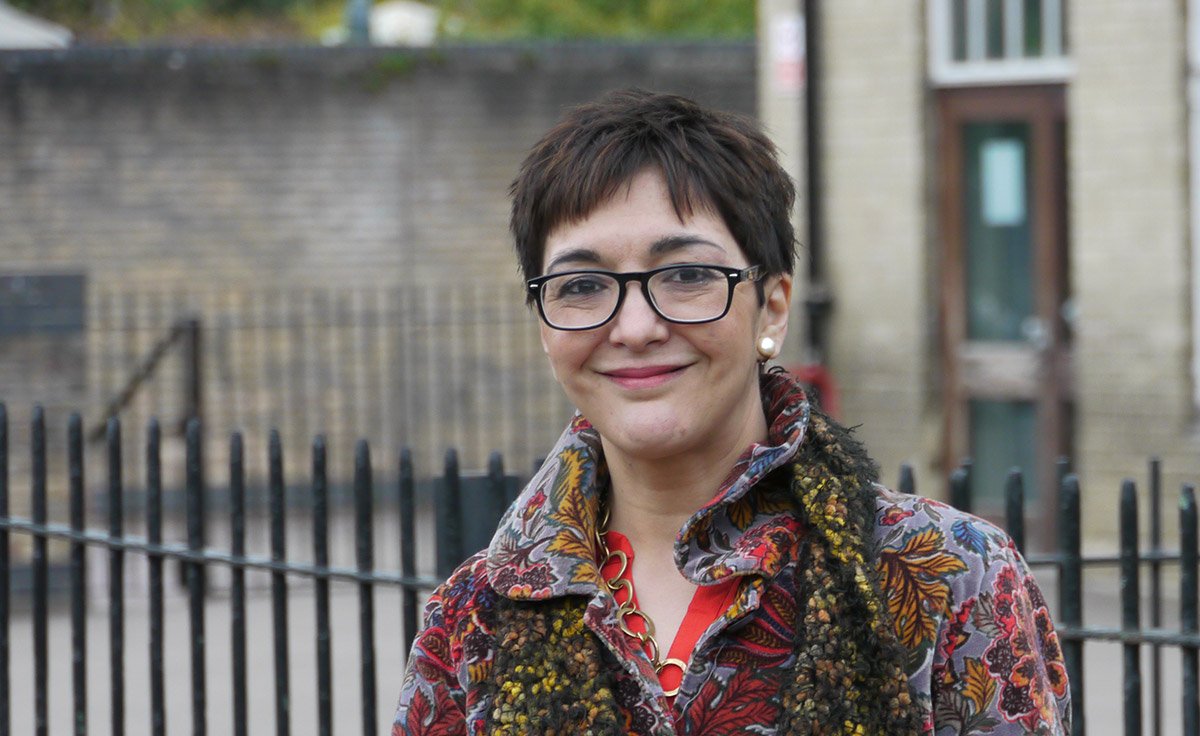 Congratulations to Amanda Taylor (above) for winning the election to represent Queen Edith’s at the County Council for another four years. Inevitably for a councillor who works hard and gets involved, Amanda has her supporters and critics, but she is not one of those councillors who hides in the background. That may be one reason for the scale of her win on Thursday, which was so large that it surprised even her: 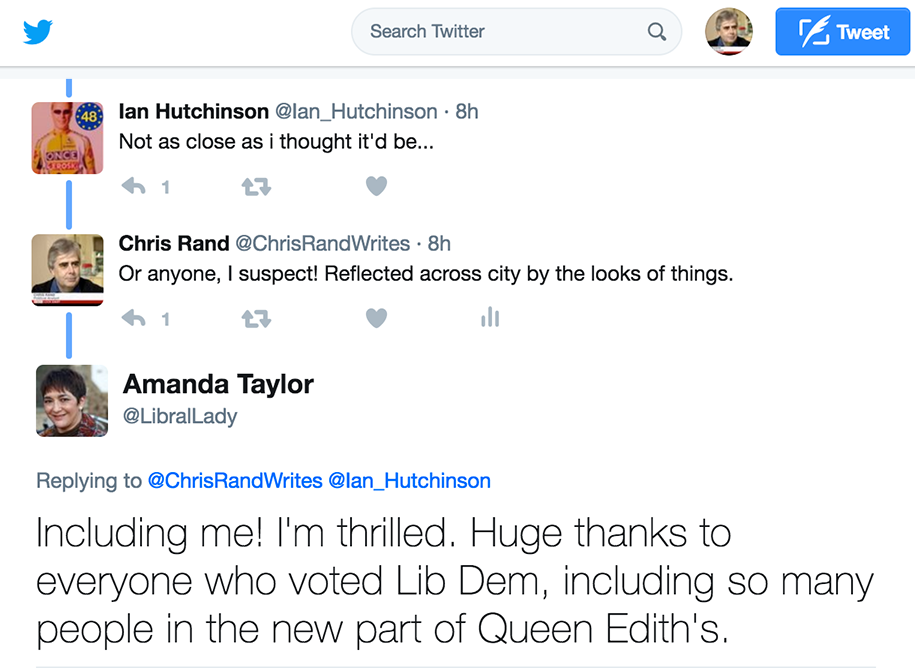 Commiserations to Labour’s Adam Pounds, who was expected to have a good chance thanks to the boundary changes and campaigned very hard, but who was caught by a city-wide swing to the Liberal Democrats. We should be grateful to Manas Deb and Joel Chalfen for being such good candidates too. Here are the final results:

Getting out the vote

According to Colin Rosenstiel & Keith Edkins’ excellent Cambridge City Election Results website, turnout in Queen Edith’s is normally about 6?8% higher than the rest of the city as a whole, and about 8?9% higher than neighbouring Cherry Hinton, perhaps the best comparison. This year, at 47.3%, the turnout in Queen Edith’s was 7.1% higher than the rest of the city, and 9.5% higher than Cherry Hinton. That’s good in historical terms, but not exceptional. But we can console ourselves that we did get back our crown of having the highest turnout of any division in the city, and we almost certainly had a better-informed electorate, even if they didn’t suddenly rush out in truly exceptional numbers.

It isn’t possible to talk about ‘gains’ and ‘losses’ this year, as the boundaries nearly all changed too much to allow comparisons. But 7 of the new 12 divisions across the city were won by the Labour Party candidate, and 5 by the Liberal Democrat candidate, so it was – on the surface – a good day for Labour.

But this headline result does mask a significant swing to the Liberal Democrats compared to last year. The swing averaged over 500 votes per division, and saw the Liberal Democrats getting more votes than the Labour party for the first time since 2010. The Liberal Democrats came close to winning in at least one division where they’d previously not been competitive, and won easily in divisions like Queen Edith’s, which were expected to have been close.

The Conservative party, which was so successful in the rest of the county – and indeed nationally – had a disappointing election in the city.

I’ve had the chance to talk to candidates from all sides about the reasons behind the results, and their initial explanations have been to point the finger at national issues. One Labour candidate said that there was a lot of support for the Liberal Democrats’ anti-Brexit stance, while a prominent local Liberal Democrat politician reckoned that Labour voters didn’t turn out because of their disillusionment with the national party leadership. I’m sure there were elements of truth in both claims.

It’s fair to say that the new divisional boundaries favoured the Labour party. Blogger Phil Rodgers’ analysis showed that of the new 12 divisions, 6 should have been fairly safe for Labour, 1 for the Lib Dems, and 5 were ‘in play’. Of these 5, all were winnable by Labour or the Liberal Democrats, with the Greens in contention in 1 and an independent in 1.

So a reasonable election for Labour would have seen them winning maybe 8 of the 12 divisions (their 6 safe ones, plus 2 of the 5 in play). The total of 7 which they did win was therefore underwhelming. A reasonable election for the Liberal Democrats would have seen them winning 3 of the 12 divisions. As they won 5, they can claim it to have been a very good election.

Winning 1 division would have been an excellent result for the Greens or the independent candidate. Neither happened. For the Conservatives in the city, anything more than just establishing a decent base in Queen Edith’s, Newnham and Trumpington would have been a good result, but they didn’t even manage that.

In the wider county

The only question here was whether or not the Conservatives would get back the overall majority on the County Council which they held for 16 years prior to the last election in 2013. They may not have any councillors from the city, but they usually win most of the seats everywhere else.

Getting back the overall majority was largely dependent on the large UKIP vote falling away. It did more than that: UKIP lost all of its councillors. The result was that the Conservatives won 36 of the 61 seats, which gives the party a comfortable majority for the next four years.

I have to say I found this a little depressing. The previous Conservative-run County Council (until 2013) was not at all inspiring. The lack of transparency in its decision-making was disappointing, and its willingness to listen to community and opposition voices even more so. The result was a series of poor decisions, the imposition of parking charges at the Park & Ride being a glaring example.

Prospective Conservative MP Heidi Allen, who was delighted by the County Council results, told me that we should reserve judgement in this respect. She said that there are several new Conservative councillors who she believes will really impress us. I hope she is right. However, it can’t be healthy for the city to have no representatives at all on the ruling group of the council which decides on all of our education, roads and Council Tax issues.

The election for the Cambridgeshire & Peterborough Mayor was a new one this year. Some 200,000 voters took part across the county, and the Conservative party candidate James Palmer was the clear winner. In the first round of voting he received 38% of the vote, well ahead of Rod Cantrill, the Liberal Democrat candidate, and he easily completed the win in the second round.

Interestingly, in the city, Rod Cantrill was the winner, followed closely by Kevin Price of the Labour party. James Palmer was a distant third. However, the city’s voters are under 20% of the whole county’s electorate.

One Reply to “Thoughts on last week’s local election results”