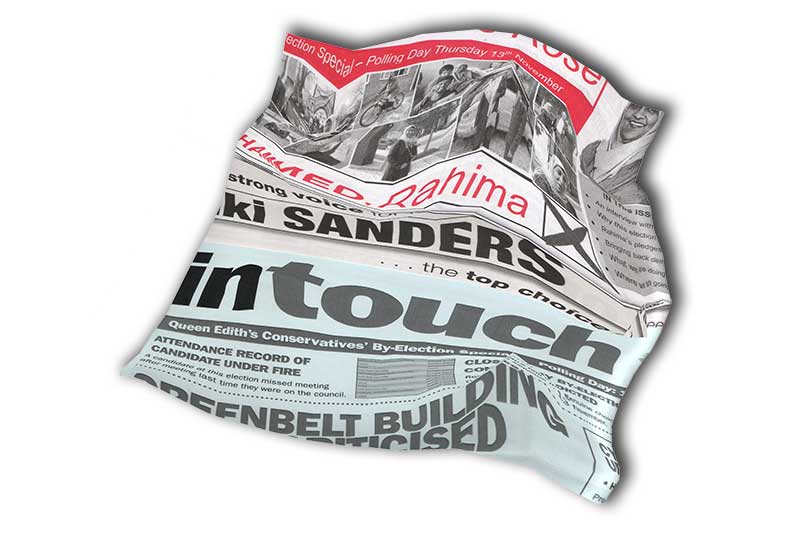 Byelections are interesting. Instead of just hearing from the normal local political party activists, as we do in normal elections, the parties can bring in reinforcements from a much wider area. Just ask the people of Rochester. So we shouldn’t be surprised by the volume of literature pouring through our letterboxes for this byelection, the first in Queen Edith’s since 1978. And it’s certainly been a literature-led campaign. I’ve been visited by a pleasant chap from the LibDems who just seemed to be noting down if my wife or I might vote for them (that’s my business, thanks!), and I’ve had a leaflet left by the Labour candidate saying “this is the third time I have knocked on your door” (my italics), which made me feel very guilty for leaving the house at weekends. I haven’t physically seen any of the candidates, however. Just bad luck, I guess (or good luck, depending how you look at things).

The student vote could make a difference. Homerton College students have organised their own byelection hustings for the night before the election, to which I’m very grateful to have been invited. I look forward to hearing from the candidates in person there. Perhaps Cambridge City Council should organise such things for the public as a matter of course. I certainly believe they should.

Then there’s the Sue Birtles issue. Will this have an impact? Sue was Queen Edith’s first-ever Labour councillor, who worked hard and created a good impression of the party in the area over the past two years. However, she clearly resigned under something of a cloud, hinting that she did not have the support of the city Labour party. One of the principal reasons for some Queen Edith’s residents considering voting Labour this time might be to ensure that the ward is represented on the city council’s ruling group, so any suggestions that the party doesn’t care about this orphan ward can’t be helpful.

So who’s winning the battles, as seen from here on Hills Road?

My own feeling before the byelection campaign was that this should be a reasonably comfortable win for the LibDem candidate Viki Sanders. Since Labour’s surprise victory in 2012, the two council elections in Queen Edith’s have reverted to being comfortable wins for the LibDems, and there’s not been time for Labour (or anyone else) to organise the sort of long-haul campaign which produced 2012’s shock. Nothing significant has happened over the summer which would drive voters to change the allegiance they showed last May. Indeed, I suspected that if there was to be an upset, it might be an unexpected second place for the Conservative candidate Andy Bower, who was always likely to win the votes of those local residents (and there are many) who are passionately against the housing development on Worts Causeway.

However, I get the feeling that the Labour party, and their candidate Rahima Ahammed, have put in an exceptional effort, in terms of doorstep campaigning and leafletting. Labour can also claim to have won the battle of the garden billboards, really giving the impression (at least around our way) that a lot of people are getting behind them. While I’d still be surprised if Labour wins the byelection, it will surely be a closer result than I first thought. The Conservatives have fought their strongest campaign for years, with a strong message; and although Andy Bower’s personal byelection blog may be simple, its very existence makes the other parties look like they’re stuck in the last century. The Green party and its candidate Joel Chalfen seems quiet again, but the Greens pushed back over the 10% mark in May with very little apparent effort, and shouldn’t lose any of that, given the general disillusionment with the traditional “big three” parties. So without rashly predicting who’s going to win, I reckon the winning candidate’s vote share will be low, and the gap between first and third places smaller than it’s been for years.

My formal guide to candidates and the byelection is here.