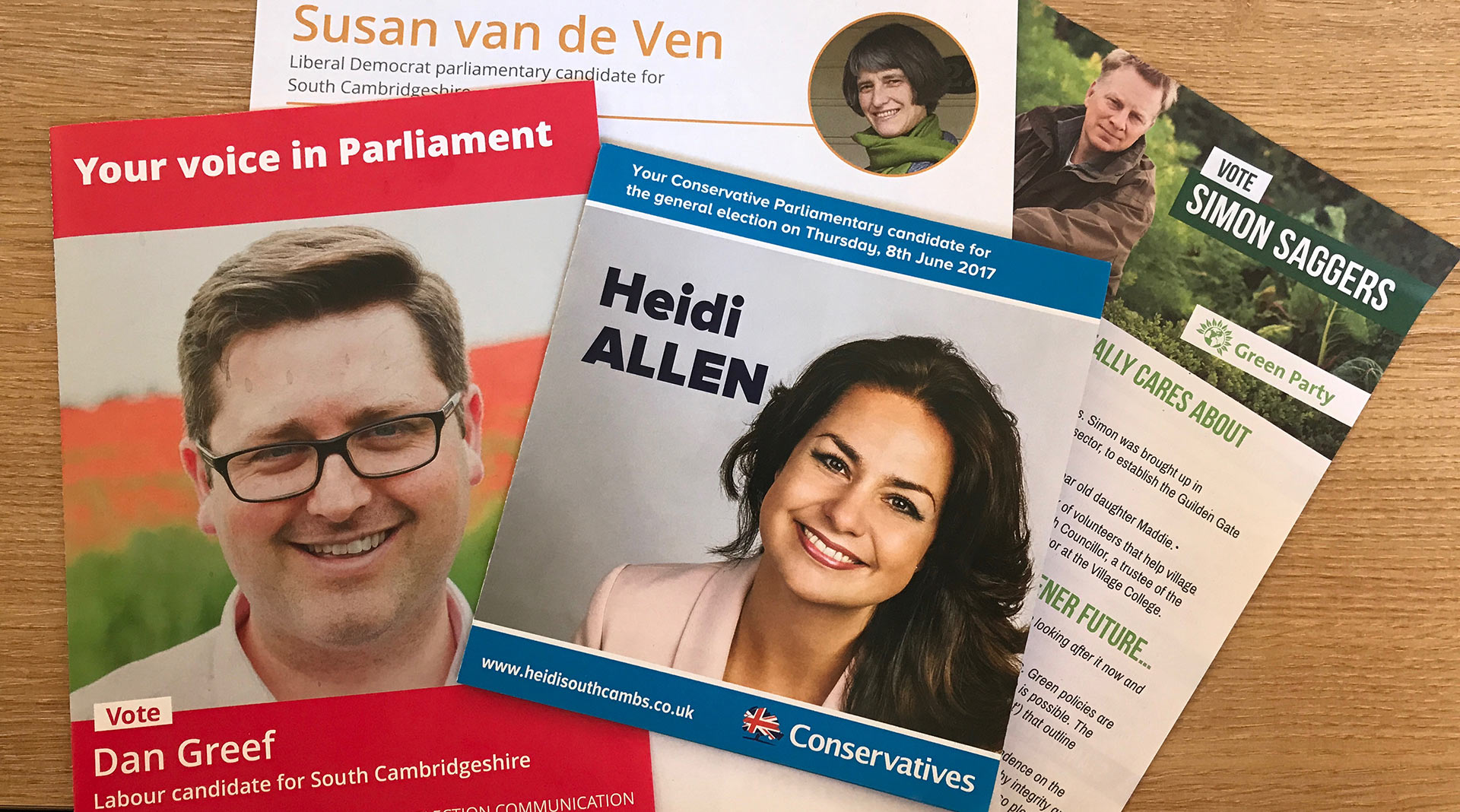 This time next week we’ll all be voting in the general election. As ever, we’re expected to use just one vote to express our combined preference for a prime minister, a governing political party and a local constituency MP, a process which seems to get more absurd as the years go by. My choice for our MP, the politicians I’d like to see running the country and the person who I’d like as prime minister are all from different parties. If you’re not faced with such a contradiction, I envy you.

I will decide where my vote goes based on where it stands most chance of making a difference ? at a local MP level. Theresa, Jeremy, Tim and Caroline can have their fates sorted out elsewhere. So who do we have to choose from? To find out, there’s a chat between the candidates being broadcast on Friday night, which you can watch on your computer or your TV. Local democracy comes to your living room! Read on for details.

Whichever constituency you were in at the last parliamentary election (in 2015), you’re still in the same one. So if you got to vote in the Julian Huppert vs Daniel Zeichner bunfight two years ago, you were (and are still) in Cambridge.

Our MP since the last election has been Heidi Allen, who actually increased the Conservative majority back in 2015, in her first attempt at standing for parliament. Heidi is standing again, and we now have her record as an MP on which to judge her. Also back from last time are Dan Greef for Labour and Simon Saggers for the Green Party. Completing the four-strong list of candidates is Susan van de Ven of the Liberal Democrats.

Having met all of the candidates, I can honestly say that they’re a really good bunch of people, and I’d be happy for any of them to be my MP. I can’t remember thinking that about a complete slate of candidates before in my life, which is quite something. For that reason, if you’re thinking of voting for someone but are holding back because you don’t know much about them, I’d say just do it.

To help make up your mind, you can see and hear from them on your computer or TV, live, this Friday evening! Rather than having a ‘hustings’ event, the Queen Edith’s Community Forum is getting the four candidates together, in a pub, in conversation with Cambridge 105 radio’s Julian Clover. It’s a real first, so do watch!

In the city, the candidates are put up on a stage to argue with each other. In South Cambs, we get them round a table with a glass of wine for a chat.

It’s easy to watch. Just go to the SouthCambsMP website now to find out how. You can watch online (computer, tablet or mobile) or on TV (on Virgin Media, Sky or Now TV, or internet-connected smart TVs). Also, you can get an emailed reminder, which I’d thoroughly recommend doing. Join us!